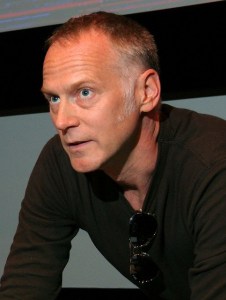 Marvel has found someone with epic credentials to direct Thor 2 — Alan Taylor, best known for directing episodes of HBO‘s Game of Thrones, will take over for Patty Jenkins, who departed the project earlier this month. Taylor was one of two directors in the final running to take over the superhero sequel, ultimately beating out Daniel Minahan, who also directed episodes of Game of Thrones. But what the world is surely going to wonder now is whether or not this will please Natalie Portman.

Taylor, who has also directed episodes of The Sopranos, Six Feet Under, Mad Men, Lost, and Deadwood, helmed the final two gut-wrenching episodes of Game of Thrones in its first season (entitled “Baelor” and “Fire and Blood”). His film credits are few — Palookaville, The Emperor’s New Clothes, and Kill the Poor. (Don’t worry — we’ve never heard of those movies, either.) However, his TV work is film-caliber, so this may not be that questionable of a choice by Marvel, who had no comment as of this writing.

The studio fired Patty Jenkins earlier this month, citing the Monster director’s “lack of clarity” in her creative direction on Thor 2. While Jenkins said herself that the terms were amicable, one of the movie’s stars, Natalie Portman — who had pushed for Jenkins’ hiring — was incredibly angry about the change of heart. Though Marvel still took this under consideration and apparently included Portman in its discussions on Jenkins’ replacement. Obviously, the effort to replace Jenkins with another woman didn’t work out, but if the actress — who has also been producing for the past couple of years — did have a say in this, we’d have to think that Alan Taylor did something to impress Portman.

Thor 2 is set to open in November 2013. That should give Alan Taylor plenty of time to win over his star.