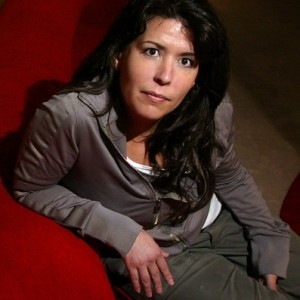 “I have had a great time working at Marvel. We parted on very good terms, and I look forward to working with them again,” Patty Jenkins told The Hollywood Reporter earlier this week, in her official statement on leaving the production of Thor 2. THR conducted an interview and photoshoot with her her only a few days before her departure was suddenly announced, in which she said:

I have a long love of superhero films and I’d been saying over and over again to my agents at CAA that I’d like to do one. That’s the real revolution.The Marvel guys are so brave in terms of who they choose overall, and I don’t think they had any pause about me being a woman.

Man, we’re having such a sad about this. Hopefully that “looking forward to working with them again” isn’t just industry speak, and Jenkins will actually get a crack at a Marvel story sometime soon.

In the meantime, Marvel needs to find a director, ASAP. And according to THR they’ve narrowed it to two: Alan Taylor and Daniel Minahan.

Taylor’s most well-known feature may be 1996’s Palookaville, but he has become a huge cable TV helmer, directing episodes of HBO’s Game of Thrones, Boardwalk Empire and The Sopranos and AMC’s Mad Men, among others. He also directed the pilot for NBC’sPlayboy Club.

Minahan also is a big name in the TV world, working on Game of Thrones, True Blood, Deadwood and Grey’s Anatomy.

Experience on Game of Thrones seems like a thematically appropriate connection, to say the least.