Alamo Drafthouse’s Tim League Issues Apology to “The Women We Have Let Down,” Severs Ties With Another Alleged Abuser 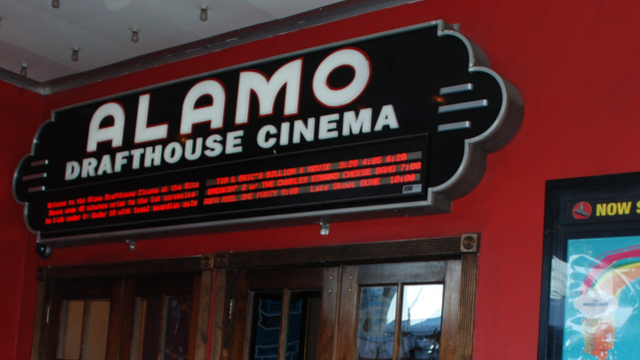 We discussed yesterday how Tim and Karrie League, co-founders of the Alamo Drafthouse, have been mired in sexual harassment and assault accusations against now-former colleague Devin Faraci, as well as Harry Knowles, co-founder of League’s genre film festival Fantastic Fest. Over the last few days, more and more women have been coming forward with their own stories of Knowles. The general consensus seems to be that he has been a fixture in the Drafthouse family whom women have simply had to learn to stay away from. That, in fact, was exactly the advice the Leagues gave to former employee Jasmine Baker when she told them of Knowles’ assault.

Both Tim League and Knowles skipped this year’s Fantastic Fest (happening now in Austin), but with the stories about Knowles, the outrage over the handling of Faraci’s possibly just-for-show resignation, and questionable judgement regarding events at the festival, their absence isn’t enough. Tim League has now issued another statement, this one an apology to “the women we have let down.”

“I’ve been reflecting on twenty years of decisions as a business owner,” he writes. “In the early days, Karrie and I conferred on all tough decisions, and we always tried to do the right thing. To this day, the core value of the company is just that, the simple principle to always ‘do the right thing.’ Recent perspective has made it clear that we didn’t always do the right thing, despite what we thought were good intentions. To the women we have let down, Karrie and I both sincerely apologize.”

He says in no uncertain terms that all ties with Knowles have been severed “and he is no longer affiliated with the company in any capacity.” He also writes that the festival is building a new board of directors, headed up by the fest’s Executive Director, Kristen Bell. (Not that Kristen Bell.) That board will focus on, among other things, how to “provide the best, most open and inclusive environment for this unique film community.”

In his recent statements (he has had to make a few), Tim League has expressed his dedication to hearing from his staff about how to do that. He’s currently travelling to all the Drafthouse theatres to talk with employees, and in Austin, he writes, “The festival team has spent the last five days talking to badgeholders and gathering feedback on ways the festival can be better.”

The Drafthouse umbrella has always had a reputation as a uniquely inclusive space for film geeks. It’s devastating that there were men high up in the organization, abusing their positions. When female employees and community members are groped and propositioned, when that’s built into the culture of your organization, real inclusion is impossible. A number of women have shared stories about feeling protected from outside harassment, seeing men receive lifetime bans for harassing or assaulting female employees or community members. Yet at the same time, that same behavior was coming from inside the company, from men like Knowles, and it was ignored.

If League truly is dedicated to trying to fix all of this and eliminate the toxicity from the organization he’s built, that’s admirable. We’ll all just have to wait and see, I suppose, if it’s actually achievable.