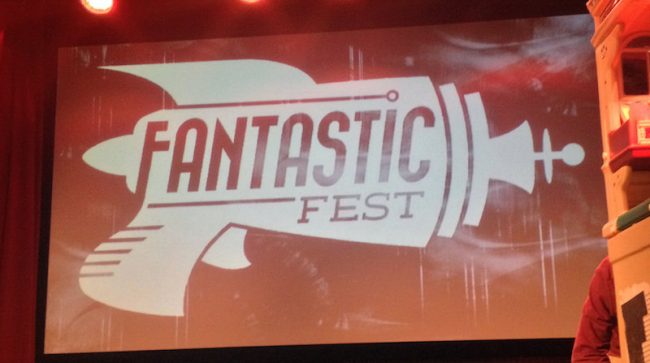 Despite constant promises of change and guarantees that they’re “listening,” the founders of the Alamo Drafthouse and their film website Birth.Movies.Death just can’t seem to pull themselves out of their patterns of sexism, which range from obtuse tone-deafness to full-on assault. Last year, BMD editor in chief Devin Faraci stepped down after being publicly accused of sexual assault. Faraci had already long had a somewhat quiet reputation for harassment (both sexual and otherwise) and assault, but this accusation finally stuck and he parted ways with Drafthouse.

Or at least that’s what we were all told. There have been claims that Faraci never stopped working for Drafthouse, but what we know for sure is that earlier this month, his began writing copy for Fantastic Fest under his own name. The company’s founder Tim League wrote a Facebook post about giving second chances and Devin’s “journey of personal improvement.” He did not, however, seem to think that it was worth acknowledging actual women affected and assaulted or the culture he had created within his organization that made women feel unsafe and unwelcome. (The closest he came was saying he understands people might feel “some discomfort with the idea that Devin is once again employed by the Alamo Drafthouse.”)

When that didn’t go over so well, Faraci officially resigned. Again. And Tim League posted another Facebook message promising that he wants to “listen and learn” from his staff. If you’re thinking “I’ll believe that when I see it,” your skepticism is well-placed. Former Drafthouse employee Jasmine Baker recently came out with her own stories of repeated assault perpetrated by Harry Knowles, founder of Ain’t it Cool News & co-founder of Fantastic Fest. [ETA: This piece originally credited Knowles as the co-founder of the Alamo Drafthouse. That was incorrect.] When Baker told Tim League and his wife & co-founder Karrie about this when it happened 20 years ago, their response was to suggest she “just avoid him.” That’s a despicable response, but Baker seems to have given them the benefit of the doubt that “thought it was horrifying, but also didn’t know what to do.”

Baker says she’s talking about her experience publicly now because in the wake of Faraci’s (re?)employment, after the backlash, she believes the Leagues really are listening. She told Indiewire, “They have told me that they are listening now and they’re ready to take action. They’re ready to do the right thing. So I look forward to seeing what that right thing is like.”

Which brings us to this weekend, and Fantastic Fest, the film festival co-founded by League and Knowles. I have seen a number of women on Film Twitter talking about their good experiences at the festival. Other reports out of some of the screenings make it clear that these men have no idea how to detoxify their organization, or no real interest in doing so.

Todd Brown, who wrote that message, was a longtime Fantastic Fest employee who resigned after Faraci’s rehiring, which he says was not announced or discussed internally. He’s not the only person who chose to distance themselves from these men at the expense of their careers.

Back to Fantastic Fest, there was also a screening after which an actor from the film enacted what sounds like some Shia LaBeouf-style performance art, staring down the audience and even throwing things at them. I can only imagine how unsafe I might feel in that situation, which is nothing compared to the account told by Kim Sherman, a producer and director in attendance, who is also pregnant.

Long story, but maybe sums up the experience of being a pregnant woman at this festival. Just saw THE SQUARE, at #fantasticfest . Still unpacking everything in the film, which is one of my favorite ways to leave a movie. But that feeling was ruined mostly, trying to understand the stunt the fest approved of after the screening. They asked us to remain seated after the film while they brought a "special guest" into the room. Then they brought out an actor from the film to recreate the tension from one of the film's most unsettling moments. It was enough to just have him enter the room. We all froze and watched him pace and stare us down. And then the actor in full character started throwing chairs, and then glasses at people. And he didn't stop there. As a pregnant woman, who has also witnessed very real violence by men, I did find myself becoming increasingly nervous/protective of myself and baby, and the people I was with. We were being asked to just sit and let this happen, and maybe even laugh. More importantly, when it first started to escalate I thought "this situation requires an audience to trust that this festival is looking out for its audience, and won't let this stunt get out of hand". But as I listened to some of the men in the audience nervously laugh at the tension, and watched the actor cross more boundaries and become more authentically destructive/violent for the sake of a bit, I was stunned that the fest thought they could ask this of an audience right now. I really have had good conversations about how the fest can learn from mistakes that don't just plague this fest, but are prevalent in our industry in general. There's a lot of work to do.

As Sherman explains in that post, a stunt like this requires trust. “As a pregnant woman, who has also witnessed very real violence by men, I did find myself becoming increasingly nervous/protective of myself and baby, and the people I was with. We were being asked to just sit and let this happen, and maybe even laugh. More importantly, when it first started to escalate I thought ‘this situation requires an audience to trust that this festival is looking out for its audience, and won’t let this stunt get out of hand’.”

Sherman writes that she had “had good conversations about how the fest can learn from mistakes that don’t just plague this fest, but are prevalent in our industry in general,” a sentiment I’ve been seeing echoed by other women at the festival. But how many times are Tim League & co. going to promise us that they’re listening and participating in those conversations, and then actively proving otherwise, before their community says they’ve had enough?