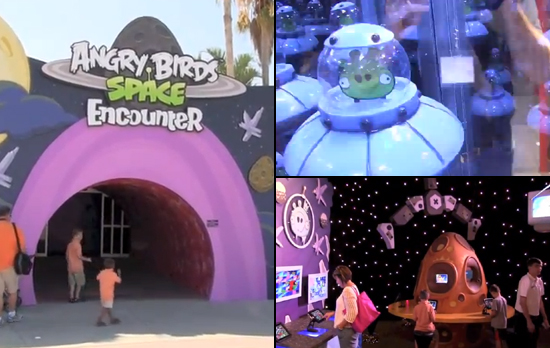 We need to get kids interested in space, obviously. We need many of them to grow up and become astronauts, or man the ground controls at NASA, or at least help counter future space funding cuts, but how, exactly, can we get kids to like space? Well, since we can’t send dinosaurs into space, NASA is doing the next best thing: They’ve created an Angry Birds space exhibit at the Kennedy Space Center! Now kids have no choice but to go there and collaterally learn about the universe.

This isn’t the first collaboration between NASA and Rovio Entertainment — Angry Birds in Space is already a thing, and was announced a year ago from the International Space Station. But this is the first incarnation of the two in the meatspace, a place you can actually go. And maybe take a kid with you, if you’re into that. Your kid. We don’t condone kidnapping.

“Wow, this could be a great venue for getting some physics and getting some math and getting some science into something that has the connotation as just an empty brain-draining video game that sucks out the creativity from the minds of young people.”

“And so I thought, well, maybe I could help make a difference on this and bring the idea of a game up to a different level, where unbeknownst to the kids playing it, they’re learning a little bit of math and physics at the same time.”

At the exhibit’s opening ceremony, Bill Moore, Chief Operating Officer at Kennedy Space Visitor Complex, said that the exhibit was designed to bring a bit more life to Angry Birds, where the birds “talk about the kidnapped eggs,” “have an intergalactic wormhole,” “come face to face with space pigs,” and “discover heroic superpowers.” Just like real astronauts!

Angry Birds Space Encounter will only be around for a year and a half, and it’s actually a sort of precursor on NASA’s part to a larger event. The space shuttle Atlantis will be appearing in a museum  nearby just a few months later and they’re hoping to kill two (angry) birds with one stone as far as attracting visitors.

Meanwhile, Rovio has plans for another Angry Birds exhibit of their own to be in a different location, sometime soon. Dan Mitchell, Rovio’s director of location-based entertainment, admitted, “[b]ut you can’t get a much more true-to-life space theme than being here at Kennedy Space Center.”

But for the record, NASA and Rovio aren’t the first ones to put pigs into outer space. 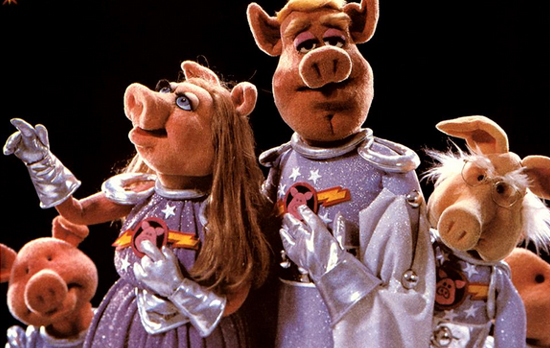