5 Podcasts You Need to Listen to Right Now 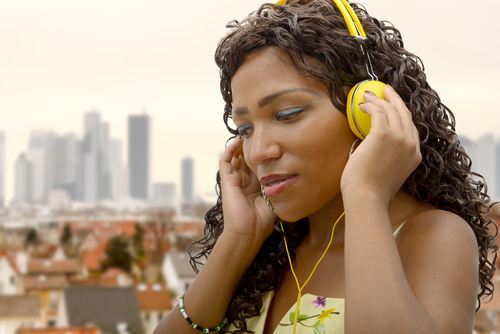 In a time that bombards us with endless bite size pieces of content every minute, the amount of news we are pummeled with can feel overwhelming. It’s nearly impossible to process something before a new story is in your face. Because of that, it’s almost strange that podcasts have thrived the way they have. Bucking the trend of fast moving content that only takes a minute to digest, podcasts are long form, in-depth, and can run an hour or more.

I’ve found that podcasts are the one form of content where I actually have the patience and time to take a breath and really hear the information being provided and the stories being told.

So in the world of #45, here are 5 podcasts providing important, in depth, and sometimes even hilarious stories.

In 2017, the immigration debate is more heated than ever. And what we sometimes miss are the human stories behind the legislation. On Maeve in America, Irish comedian Maeve Higgins presents sometimes heartbreaking, sometimes funny, and often beautiful stories of immigrants living in America today. Alongside the threatening state of immigration are stories full of love and hope. Maeve is quick to recognize her privilege of coming into the U.S. as a white European, and her podcast features a diverse range of guests. Many of the episodes highlight difficult stories, but Maeve’s humor, optimism, and warmth keep the broadcasts from feeling too tough to take. The fully realized profiles grab onto your heart and don’t let go. Just listen to the Nayyef episode and try to not come out the other side a.) crying and b.) believing that love truly can withstand all obstacles.

In an era where it’s hard to tell the difference between a Facebook ad and a news story, hard hitting journalism can be tough to find. Reveal, created by The Center for Investigative Reporting and the Public Radio Exchange, is public radio’s first one-hour radio show and podcast completely dedicated to investigative reporting. Despite the fact that it’s a podcast, the style of Reveal sometimes evokes mental images of old school news offices a la All the President’s Men. Host Al Letson is the definition of calm journalistic professionalism (he somehow manages to interview Richard Spencer without once seeming like he wants to punch him in the face) and the reporters in the field put together fully researched, informative coverage. From politics, to public health, to the criminal justice system, Reveal is doing some of the best investigative reporting today. Turn it on next time you get in the car and reach your destination feeling a little bit smarter.

Imagine you sit down for drinks with two of your friends. And as it happens, your friends are two hilarious BuzzFeed writers who chat with people like Hillary Clinton, Jordan Peele, and Lin-Manuel Miranda about race, politics, pop culture, and self-care. Another Round, hosted by Tracey Clayton and Heben Nigatu, somehow manages to do all of those things. Their focus on self-care is one of the things that makes their podcast unique; they constantly remind their audience to take care of themselves, urging them at the end of each episode to “Drink water, take your meds, call your person” among other affirmations. As a fan, I just want to be best friends with Tracey and Heben, but I’ll settle for listening in every week.

So yes, the political landscape is complete garbage right now, but at least comedians W. Kamau Bell and Hari Kondabolu are here to commiserate with us. On Politically Re-Active Kamau and Hari feature interesting guests with a variety of perspectives. From replaying Jake Tapper clips to interviewing Jill Stein to telling us to “hold up, wait a minute” when something needs further explanation, Politically Re-Active puts a unique spin on the typical political podcast. The show returns for its second season March 29, so subscribe now.

Anyone who has heard the word podcast has probably heard of This American Life. But there is a reason this longstanding NPR program continues to be the one people recommend to new podcast listeners. Ira Glass and the rest of the team at This American Life turn a microscope on stories, often making the mundane and the everyday seem beautiful and interesting. And despite being around for a long time, the show stays current and relevant. In the months since the election, they have been covering stories related to the new administration, the president’s travel ban, and the way Americans really feel about the world we’re living in. This isn’t a new recommendation, but it’s still a great one.