Have you heard that 2017’s Richard Spencer incident officially kicked off Nazi punching season? It’s true. The more we communicate the immediate risk that Nazis run of being punched wherever they go, the better. This t-shirt gets that message across, and stars our very favorite cinematic Professor of Archaeology and unrepentant Nazi-puncher.

The shirt, which was posted by Tumblr user thisistheglamorous, feels a little too eerily appropriate today, considering President Trump’s proposed budget that would cut all funding to the National Endowment for the Arts. At least the sight of it made me smile for the first time since I read about the President’s plans to eliminate funds for Meals on Wheels. 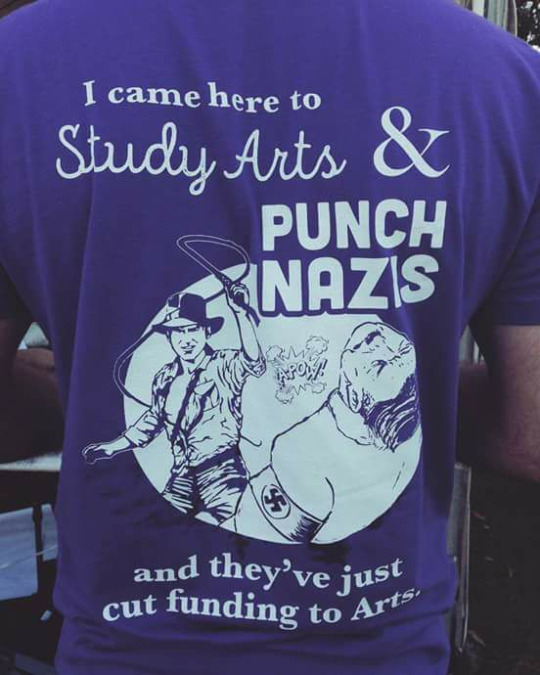 Okay, I lied, I’m not smiling, I’m weeping tears of joy. I need to possess this t-shirt with every fiber of my being. While I haven’t been able to dig up the one pictured here, there is a very close facsimile available from TeeBK. The shirt’s phrase emerged from a recent popular meme, but this is the first time I’ve seen it in glorious wearable form. 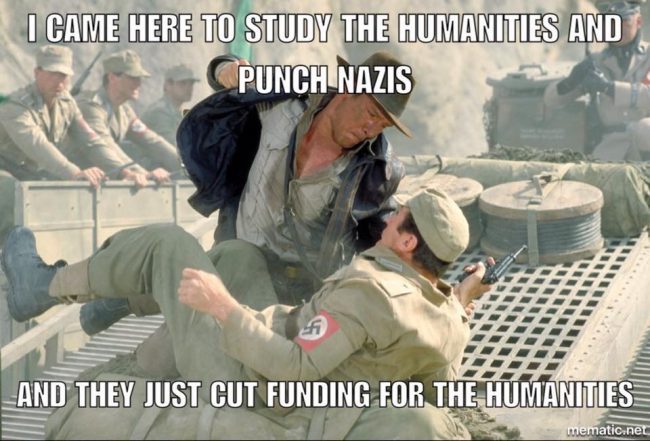 For anyone worried about meeting violent ideology with violence, I have a very simple solution to avoid getting punched: don’t be a Nazi.