Report: Zynga to File for IPO as Early as Today, Implies a $15 to $20 Billion Valuation 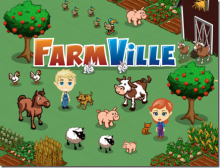 CNBC reports that Zynga, casual and social video game developer most noted for their Facebook farming sim FarmVille, plans to file for their initial IPO, possibly as early as today. Zynga aims to raise around $1.5 billion to $2 billion as part of the IPO, and is rumored to have selected Morgan Stanley to lead the deal, while Goldman Sachs will follow in the number two position.

The size of Zynga’s valuation could imply an enormous $15 billion to $20 billion valuation — if not higher — if they follow the low-float model, a strategy in which companies sell a very small portion of their stock at a time in order to game and increase the value. If Zynga’s IPO doesn’t bomb, so to speak — and it’s really looking like there is absolutely no reason for it to do so — then the real effect its success could have could easily shape the gaming landscape, inspiring even more companies to develop casual, social, shallow games and depart from the deeper, more hardcore titles. In a move no doubt inspired by the popularity of social games, one of the most popular franchises of modern times, Call of Duty, was recently announced to receive its own social upgrades. What the more hardcore gamer has to worry about regarding Zynga’s IPO if it is wildly successful, is if other, more hardcore game developers were paying attention. Hopefully not, right?