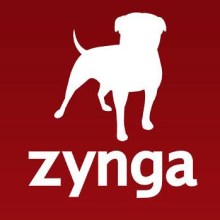 Zynga has made a series of announcements today, the first and most industry changing of which is its new delivery platform “Zynga Direct.” As you are surely aware, at the moment, Zynga’s survival depends largely on social networking giant Facebook, and also a little bit on Google+. Granted, it’s not like Zynga isn’t doing well, it has 250 million monthly active users, made $90 million last year, and has filed to go public. All that being said, it thrives mostly on in-game purchases, a portion of which it has to fork over to its social networking host. Enter Zynga Direct, maybe.

Right now it’s a little unclear what Zynga Direct will actually be. That is, whether it will be a delivery system or a some sort of social network in its own right. Whatever it is, it is almost definitely a way to get to Zynga games without having to go through another social network first, something Zynga has a very strong incentive to enable you to do. Along with the announcement of Zynga Direct, there was also an announcement about the newest Ville game, CastleVille.

Apparently the game is going to be quite similar to FarmVille with the exception that, well, you’re building a castle. It’s not exactly the same of course, as CastleVille boasts armor crafting, art creation, trade, and a constant war against intruding “beasties.” No word on PVP, but that would be as uncharacteristic for Zynga as it would be awesome, so don’t get your hopes up. Whether or not this announcement ultimately ties into a Zynga Direct launch (it probably does somehow) hasn’t been made clear. For the time being, nothing is changing drastically, for the time being. Zynga has its eyes on a prize and it looks like they’re making moves to get there.