Google Plus Rolling Out Games | The Mary Sue

Google+ Rolling Out Games Across Network 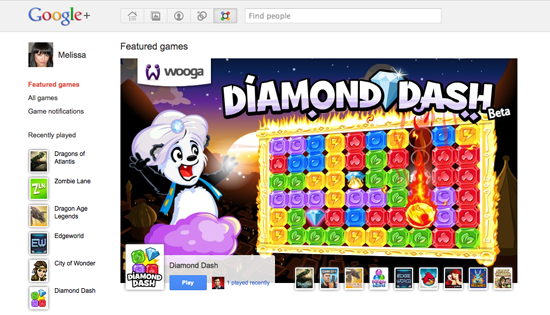 When Google+ first went online, we soon heard that games would be coming to the social network sometime in the near future. As Google announced yesterday, that time is (apparently) now.

As advertised, game updates on Google+ will be kept in their own sub-stream. Surely responding to complaints from Facebook users tired of being inundated with their friends’ Farmville updates, the hope is that this will give users more control over what they see. The current lineup of Google games is also fairly impressive, including such perennial favorites as Angry Birds (which I guess you can play on a Roku now?) and Bejeweled Blitz.

For developers, this new game platform could look quite attractive. For one thing, Google is only taking a 5% cut of all monetary transactions in-game. Though it’s an initial offering, for the time being it compares quite favorably with Facebook’s 30% cut. Google’s aim is to not only attract more casual gamers to their social platform, but also to bring in more developers to bolster the service’s games. If you’re ready to play, the service is rolling out, slowly, to all Google+ users.