Above is just a sampling of Rob Osborne‘s latest additions to his yoga series. You might remember his Star Wars-themed yoga guides, featuring Princess Leia and Boba Fett. Well, now we get to see all kinds of characters from all over time and space demonstrating some classic yoga positions. At least yoga positions as practiced by humans, which only some of these characters are. Because after the jump: pirates, zombies, and aliens, all showing us various asanas that will open our hearts, souls, and braaaaaaaaaains …

First, pirates. Because they’re pirates! They must have the superior balance, what with the sea legs. 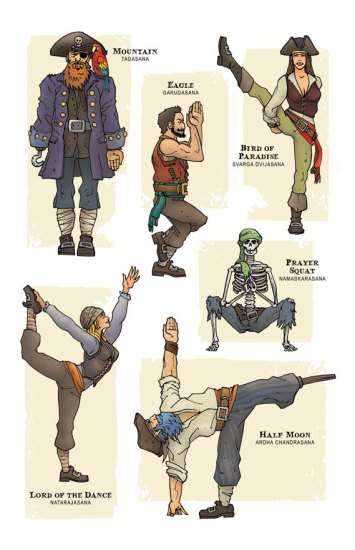 Now, zombies, because they’re dead, and can probably bend in really unnatural ways. These are the only zombies with great blood circulation. Because their limbs will probably snap off doing Eagle (as demonstrated by a pirate, above), and the blood will just, you know, pour out. 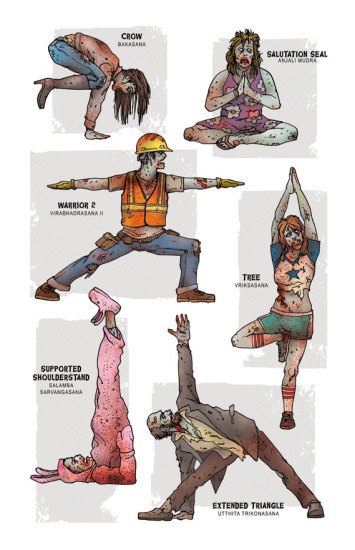 And finally, aliens. Because when you’re in zero gravity, you need to do something to keep the juices flowing. Even if those juices are green. 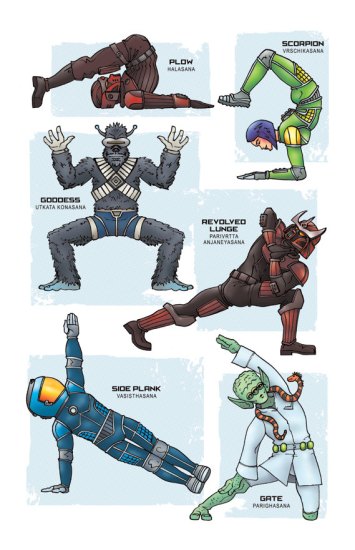 So, what could be next in this series? Star Trek characters would be fun, but so would the cast of Jurassic Park. (And when I say “the cast,” I mean “the dinosaurs.”) These are all (including the Leia and Boba guides) are available as prints at Osborne’s Etsy shop.