George Romero Wrote a Screen Adaptation for The Zombie Autopsies

Though I really don't know how he's going to top Warm Bodies' zombie that's healed by the power of love. 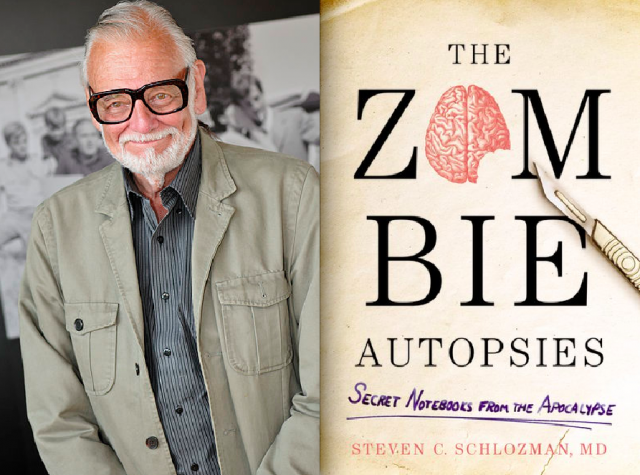 There is definitely something symbolic about the man who first gave life to the modern zombie deciding to make yet another zombie movie. The word is out: George A. Romero has completed a script adaptation of The Zombie Autopsies, which is now circulating amongst studios, and he hopes that it will picked up quickly enough to be his next project.

Romero bought the rights to the work several years ago, but has just now finished a script approved by the book’s author, Steven C. Schlozman. While zombies do seem to be the trend that just won’t die, or rather that dies then comes back to life, it’s hard to imagine that Romero’s latest take on the genre could be anything less than innovative. Still, Romero himself has warned:

I used to be the only guy in this [zombie] playground, but now there’s too damn many. It’s very hard now, particularly with World War Z.

The novel follows “zombie expert” (what I wouldn’t give to have that be my title) Dr. Stanley Blum during his last few days, as he and his medical team, stationed on a remote island, attempt to understand and maybe even cure the few zombies they have captured. Before they all succumb to the plague themselves, that is.

While the undead have indeed become popular to the point of being viable love interests, let’s not forget that Romero was the first one to make zombies still retain the look of their living host, and to bring some serious gore to the genre, and he’s working from extremely detailed source material. Here’s hoping that Romero will give them… well, there’s no way to say “give them new life” without it sounding like a terrible pun, but there you have it.

(via Daily Dead via Dread Central, image via Wikipedia, Facebook)