It's not going to go well for you, man. 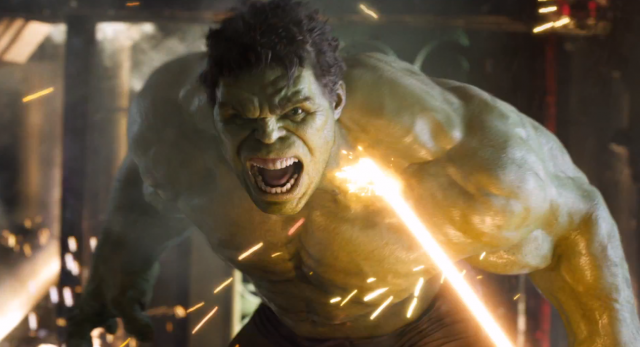 Everyone’s reaction when the Ultron trailer leaked went something like this: “OMG I NEED TO WATCH THIS IMMEDIATELY but oh damn someone is going to get in trouuuble.” And if the lawyers at Disney have anything to say about it, that trouble is coming down the pipeline faster than Hawkeye raced away from all the danger in Winter Soldier.

According to THR, someone under the name “John Gazelle” posted an Ultron-y file to a Google Drive account on October 22nd. That same day – the day of the trailer leak – Disney sent Google a takedown notice, asking Google to remove the file – but we all know that’s not where it ends for someone who crosses the mouse.

Yesterday, Marvel issued Google a subpoena in a California federal court, requesting the IP address connected to Gazelle’s Google accounts. And they’re not messing around – today, a judge has already commanded Google to hand over “documents, electronically stored information, or objects, and to permit inspection, copying, testing, or sampling of the material,” by November 18th at 10am.

Though the court documents don’t specifically say they’re going after the person who leaked the trailer, the file in question was titled ‘ap-tlr-l_int_360p.mp4,” which pretty clearly suggests that it was the Ultron international trailer. Sleuths at ScreenCrush also point out that a ComicBookMovie.com user with the name “JohnGazelle” viewed eight Ultron articles (including the trailer) on the day of the leak.

John Gazelle, I don’t want to alarm you, but you may want to consider hiring She-Hulk as your lawyer, stat.