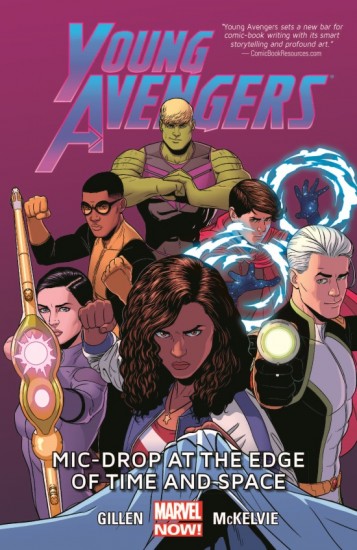 “While many stores report that their children’s comics sections continue to grow, the demographic that seems to be growing the fastest is young women, aged 17–33. Image titles like The Walking Dead, Saga, and Pretty Deadly have gotten their attention, but Wayne Wise reports that at Phantom of the Attic there are “a lot of young women who are really invested in Marvel and DC titles, as well as the Indies. New titles aimed at this group are an important part of this. Books like Captain Marvel, Ms. Marvel, and Young Avengers have been particularly successful.’ Data from a reader survey by digital comics vendor Comixology supports what retailers are seeing. Chip Mosher, Comixology’s v-p, communications and marketing, confirmed that 20% of its new customers in the third quarter of 2013 were females ages 17–26.” – Shannon O’Leary writing for Publishers Weekly on findings in a recent comics retailer survey.

Previously in Women and Comics