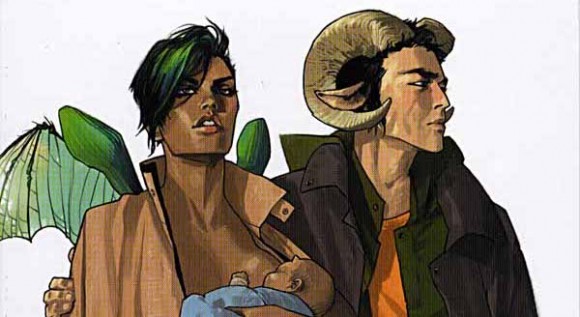 This is one of those things that’s so in line with what we’re about here, it’s hard to not copy-paste the whole shebang. Yesterday morning, at the ComicsPRO Annual Membership Meeting, Image Comics publisher Eric Stephenson gave a speech on expanding the industry’s appeal. Stephenson spoke passionately about advancing the medium, and talked at length about how both publishers and retailers need to focus on bringing in new readers. His remarks on one group in particular were highly relevant to our interests.

Right now, the fastest growing demographic for Image Comics, and I’m willing to speculate, for the entire industry, is women. For years, I’ve listened to people talk about bringing more women into the marketplace. Over the last few years, with your help, we’ve been doing exactly that.

We’re not the first to put out material that appealed to women – there’s a whole roomful of incredible people I wouldn’t be able to look in the eye if I made that kind of ludicrous claim – but I think we are among a select group in this industry who realize that there’s more to gain from broadening our horizons than by remaining staunchly beholden to the shrinking fan base that is supposedly excited about sequels to decrepit old crossovers like SECRET WARS II.

It is comics like SAGA that get new readers in your door. I know this, because I have met SAGA readers. They read SAGA, they read RACHEL RISING, they read Julia Wertz, they read FABLES, they read Nicole Georges and Kate Beaton, they read Hope Larson, Jeffrey Brown, and LOVE & ROCKETS…They read all of that and more, but even better still: They are hungry for more.

Be more inclusive – one of the best sales tools at your disposal is your ability to build a community around your store. Make your store a destination for everyone – men, women, and children of every background.

If there are people in your community who aren’t comfortable going into comic book stores, ask them why. Ask what you could be doing that you’re not.

That’s a sentiment all of us here can get behind. Now, if you’ll excuse me, I’m going to try to finish my shift before my local comic shop closes. I’ve been meaning to read Saga for months.

If you’d like to read Stephenson’s speech in its entirety, Comic Book Resources will hook you up.