Trump & His Team Keep 'Clarifying' Their Words | The Mary Sue 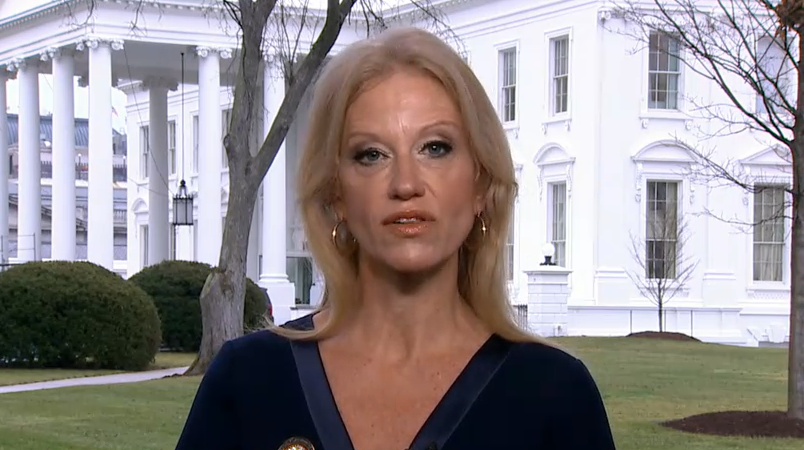 Throughout Donald Trump’s campaign, the discrepancy between his words and either his actions or just the facts of the universe—not “alternative facts,” mind you, because those don’t exist; those are called lies—seemed to know no bounds. Now that he’s taken office, well, was anyone really expecting that to change?

While Trump himself generally chooses to just flat out deny things we have recorded evidence of him saying and doing, his team often goes the way of chastising the American people for taking his words as truth. Because sure, how *dare* we hear words come out of the mouth of our now-President and apply the literal meanings of said words to our understanding of them?

Just a few weeks ago, Kellyanne Conway said we should focus on “what’s in his heart” rather than “what’s come out of his mouth.” And remember when Trump’s former campaign manager, Corey Lewandowski, bemoaned the press’ insistence on holding this administration accountable, telling them, “You guys took everything that Donald Trump said so literally.”

It’s no longer just Trump who’s having trouble with the whole words vs. facts problem. During today’s press conference, the new White House Press Secretary, Sean Spicer, actually said the words “Sometimes we can disagree with the facts.” And of course, this weekend, Kellyanne Conway tried to introduce the term “alternative facts” into the new American lexicon. Let’s just get this out of the way, okay?

Good, now that the definition of “facts” is settled and we all agree that you can’t disagree with or have an alternative from them without being indisputably wrong (or lying), we can talk about the bananas way Conway is now talking about Donald Trump’s still-unreleased tax returns?

If you remember, during the debates, this issue kept coming up. Trump is the only President in decades to not have released this information. Trump kept saying through the debates that he would release those as soon as his “routine audit.”

But then Kellyanne Conway came right out and said what most of us already knew: “The White House response is that he’s not going to release his tax returns.”

“He’s not going to release his tax returns. We litigated this all through the election. People didn’t care,” Kellyanne Conway says on ABC.

This is what Conway would, I’m sure, call an “alternative fact.” Yes, he said he was going to release his tax returns. No, he’s definitely not releasing his tax returns. In the new era of TrumpSpeak, both of these are somehow considered facts.

But since this team still doesn’t understand that words have meaning and the American people expect the meaning to match the words used, Conway has now corrected herself. Whether or not the correction is truthier than the original statement is a mystery, but she’s now clarified:

On taxes, answers (& repeated questions) are same from campaign: POTUS is under audit and will not release until that is completed. #nonews

I suppose “clarified” doesn’t really apply when nothing is every clear, does it? We’re told Trump is undergoing an audit. When they think we don’t care anymore, they admit the audit was an excuse and/or lie for not releasing the tax returns. When we make it clear that no, we really do care, a lot, then we’re told that of course he’ll release them, he was always going to release them and geez, how could we misunderstand so dramatically?

At least they’re still taking the time to condescend to us and tell us what they think we want to hear? How long before they ban the press, get rid of those pesky ethics committees, and stop giving us even that much?