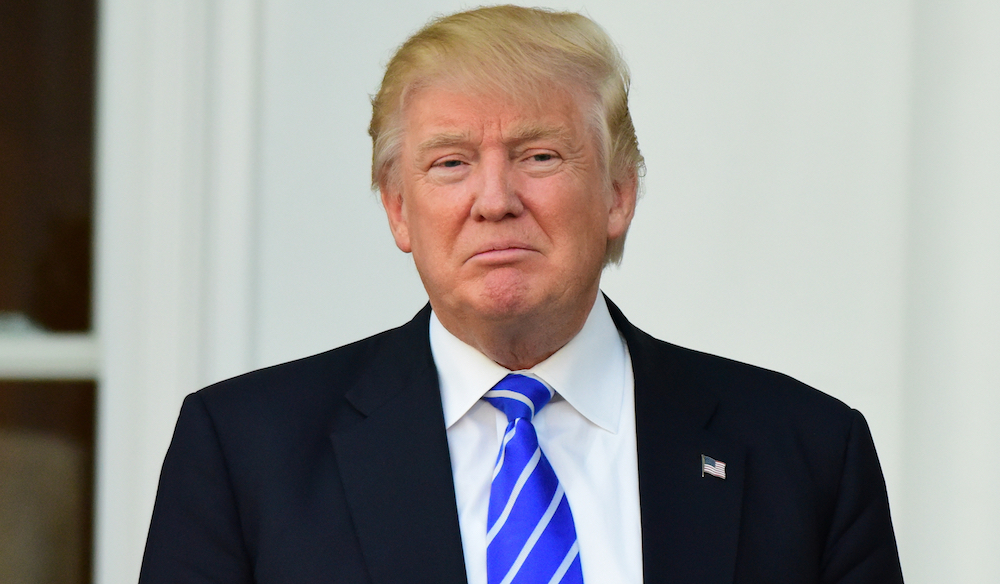 The confirmation hearings for Trump’s cabinet nominees began this week, and despite the many protests and internal conflicts during the sessions, the nominees are expected to have quick confirmations.

One glaring theme from the hearings, though, nearly across the board, is how often the nominees vocally disagreed with Trump’s stated policies. Here are just a few of the issues they disagreed with the soon-to-be-Commander-in-Chief about:

What Trump says: Trump has previously said that he believes in torture (not even bothering to use the “enhanced interrogation techniques” euphemism), because according to him, “torture works…Believe me, it works.” Last year, he briefly went back on that sentiment before doubling down and saying “As far as I’m concerned, waterboarding is absolutely fine, but we should go much further.”

What everyone else says: Trump’s pick for CIA Director, Rep. Mike Pompeo, doesn’t agree. Because OF COURSE HE DOESN’T. Pompeo says we have his “full commitment” to complying to the law here. The law, by the way, is not to use those “enhanced interrogation techniques” Trump seems so fond of.

When asked if he would reinstate waterboarding and other forms of torture, he said, “Absolutely not. Moreover, I can’t imagine I would be asked that by the President-elect.” Funny, because I think most of the rest of us could imagine that.

Trump’s Secretary of State nominee (Rex Tillerson) and Homeland Security nominee (retired Gen. John Kelly) also said they wouldn’t consider reinstating those techniques. Sessions didn’t distance himself to quite the same degree, but he did say that waterboarding was illegal.

What Trump says: Trump has long called for a registry of Muslims living in America, as well as a (possibly temporary) ban on Muslim immigrants entering the country.

What everyone else says: Sessions—again, our probably soon-to-be Attorney General—said he would support a “higher intensity of vetting” from “areas where we have an unusually high risk of terrorists coming in.” But he also said, unequivocally, “I have no belief, and I do not support the idea that Muslims, as a religious group, should be denied admission to the United States.”

Rex Tillerson, Trump’s Secretary of State pick, said he does “not support a blanket-type rejection of any particular group of people,” and says that through his travels he’s gained an “appreciation and recognition of this great faith.”

What Trump says: He’s a big fan. He’s heaped praise on Russian president Putin for being “very smart” and “a great leader.” He only recently came around to the idea that maybe, possibly, if they’re gonna make him admit it, Russia may have been responsible for some election hacking.

What everyone else says: Defense Secretary pick James Mattis noted the “relatively short list of successes” in regard to the U.S.’s “long list of times we’ve tried to engage positively with Russia,” and said we need to “take the steps, the integrated steps, diplomatic, economic and military and the alliance steps, the working with our allies, to defend ourselves where we must.”

Tillerson called Putin “a regional and international threat who should be countered with ‘a proportional show of force.'” Also, yes, he absolutely thinks Russia was involved in election-based cyberattacks.

What Trump says: He built much of his campaign around that “big, fat, beautiful wall” between the U.S. and Mexico, that he was somehow going to get Mexico to pay for.

What everyone else says: Homeland Security nominee John Kelly, told Senate committee members that “a physical barrier in and of itself will not do the job. It has to be really a layered defense.”

So What Does This All Mean?

Again, these are just a few of the issues Trump’s cabinet hopefuls disagree about. And there’s some major good news to glean from that. One of the major comforts we’ve been turning to since Trump got elected (let’s just put aside for now the ultra-depressing fact that we need comforts to rein in our terror regarding the almost-president) is the hope that this disastrously unprepared, unknowledgeable man would surround himself with a smarter, more experienced team, who would guide him through the minefield of his terrible opinions. And it looks like that’s happening. Yay for all that.

The bad news? Well, for starters, Trump is a lunatic person with horrible, irrational ideas that NO ONE seems to agree with. And that man is about to be our President.

The worse news: Trump is clearly just a straight-up liar. Yes, his ideas are horrible and irrational, and I can’t decide if it’s better or worse to know that even he might never have believed them. Trump’s team has persistently tried to shame us for paying attention to Trump’s words. Just a few days ago, Kellyanne Conway said we should focus on “what’s in his heart” rather than “what’s come out of his mouth,” a ludicrous thing to criticize the American people for. (Not to mention the fact that I think most of us feel we can see what’s in Trump’s heart, and it’s repulsive.)

Similarly, Trump’s former campaign manager, Corey Lewandowski, criticized the press for, I don’t even know, listening too hard? He told them, “You guys took everything that Donald Trump said so literally.”

Yes. Yes we did. OF COURSE WE DID. Not just the press, but an Electoral College-winning segment of voters listened to Trump, trusted his words, and thought he meant what he said. Its now becoming clear that maybe he didn’t believe his own words, though. So what was the point? Did he talk about torture and banning immigrants simply to stir up the rage his campaign needed? To appeal to the basest, most fearful elements the voters looking for an outlet for their fear and rage? He cashed in on the frenzied appeal of racism and xenophobia and justified violence, all to get votes. And it worked. And now that it’s clear he didn’t actually plan to follow through on all of it, yes, that’s a relief. But also, that anger and fear he capitalized on are still there in so many Americans, and we really don’t know what he will do. So … where do we go from here?