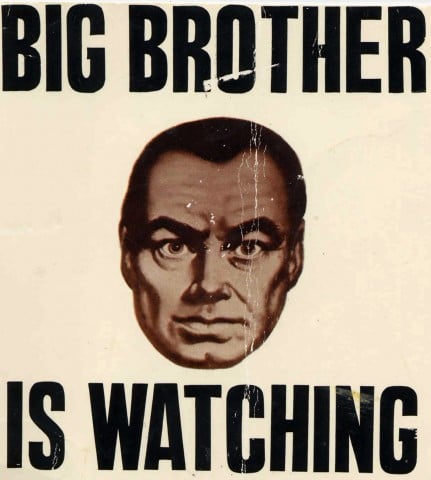 This morning in “I’m pretty sure you’re not actually allowed to do that” news, the NSA is collecting the telephone records of millions of Americans on a daily basis. The Guardian newspaper in the U.K. has obtained a copy of an order from judge in the Foreign Intelligence Surveillance Court requiring cell phone service provider Verizon to turn over the cell phone call records of all domestic calls, as well as calls placed in the U.S. to a foreign country. It’s the first solid evidence that the unwarranted surveillance of millions of American citizens who are not accused of any crime — which began in the terror-panicked wake of the 9/11 attacks — is alive and well and living in Washington under the Obama administration.

If you have the urge to become sick to your stomach, we recommend a firsthand look at the document in question, which you can get from The Guardian here. Fair warning: it is simultaneously depressing and infuriating, so if you want to enjoy the rest of your day, maybe don’t give it a gander quite yet. Hold off until later tonight so you’re not livid and shouting at the computer screen at work. Maybe fix a drink first. Or, y’know, several.

For this reporter’s money, though, there are few things more angry-making about it than the fact that it is a grand total of four pages long. Four pages. The last time I filled out student loan paperwork, Imight as well have been typing out the phonebook. But to demand records of millions of cell phone calls from a major American company with daily updates? Four pages. It’d be enough to make this disgusting even without the whole ‘unwarranted mass surveillance of American citizens’ thing, which, eyes on the prize, should probably remain the major cause for being upset here.

If you don’t want to sift through the whole ugly mess, and we can’t blame you — after all, that’s kind of what we’re here for — here are the document’s greatest hits. The order requires Verizon to turn over “”all call detail records or ‘telephony metadata’ created by Verizon for communications between the United States and abroad,” as well as calls that stay “wholly within the United States, including local telephone calls.”

The information turned over on every call includes “session identifying information” like the calling number, the called number, how long the call lasted and other metadata or “transactional data,” for which the government does not need a warrant following a ruling on the issue in 2005. While the information doesn’t let NSA or FBI officials listen to calls or read text messages, it gives them a good idea of who’s calling who — and potentially where they’re calling one another from, as the location of the nearest cell phone tower is also classed as this sort of metadata.

The order obtained by The Guardian has a start date of April 25 and an expiration date of July 19, though it’s unclear whether this is the first order of its kind or just the latest in an ongoing series of orders being renewed quarterly for who knows how long. The other big unknown still lurking out there is whether other cell phone service providers are operating under similar orders. Now that the cat’s out of the bag, chances are fair that we’ll be learning more about the breadth and scope of this program in the weeks to come, and we’ll be bringing you updates as the situation develops.

UPDATE: Senator Dianne Feinstein (D – CA) has confirmed at a press conference that the order to gather phone records is not new, but a renewal of a standing order. It remains unclear how long-standing that order is, or if it other carriers are also operating under similar orders. More once we know it.