This Y: The Last Man Adaptation Is Never Going to Stop Playing With Our Hearts, Is It? 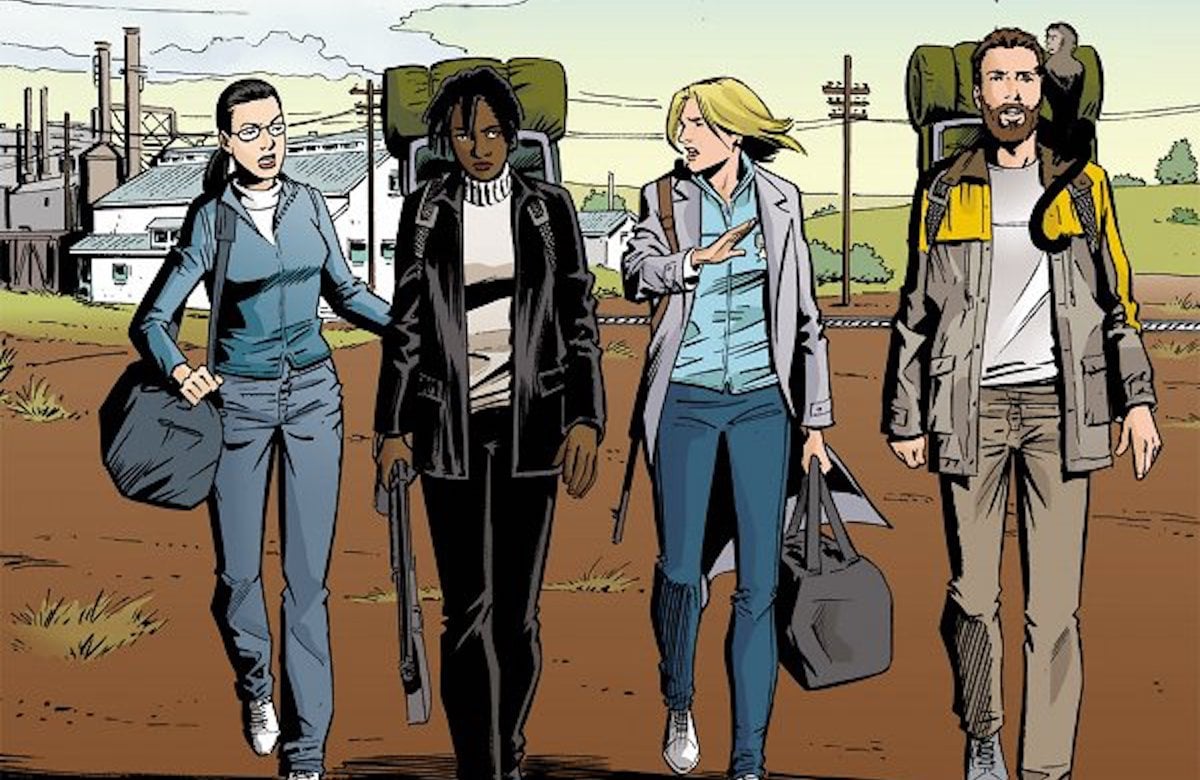 Fans of Brian K. Vaughan and Pia Guerra’s comic book series Y: The Last Man have been waiting a long time for an adaptation. Since first being optioned for the screen over a decade ago, it’s seen one setback after another, and now we have yet another to add to the list. According to Collider, Barry Keoghan (Dunkirk, The Killing of a Sacred Deer), who was set to play Yorick, the series’ lead, is being recast.

Y: The Last Man centers on Yorick Brown, who, along with his pet Capuchin, is somehow left alive after a mysterious event kills every other living creature with a Y chromosome.

The book was first optioned New Line Cinema in 2007 with the intention of turning it into a feature film. That project went through a ton of writers, producers, directors and attached leads before finally being canceled entirely, with the rights to the series reverting back to Vaughan and Guerra in 2014.

By then, prestige TV had become a thing and it looked like they’d be able to make the series that everyone but the New Line execs seemed to have wanted this to be all along. So then we went through another (though much smaller) round of producer/showrunner/casting announcements and changes for the show that had landed at FX.

The show got the formal pilot order in April of 2018 and a full series order just a few months later. But with Keoghan’s departure, it’s not clear how likely it is for the show to stay on track for its planned late 2020 premiere.

I’m absolutely willing to wait for this show. While technically centered around Yorick, the series, which is simply titled Y, is positioned to be a vehicle for a ton of kickass women. So far the supporting cast includes Lashana Lynch, Diane Lane, Imogen Poots, Juliana Canfield, Marin Ireland, and Amber Tamblyn. There are a number of incredible women working behind the camera as well, including director Melina Matsoukas (Queen and Slim, Insecure). And FX feels like the perfect home for this story.

Looking over the history of the show’s less than straightforward path, I was reminded that the film adaptation finally died around the same time as a long-planned Runaways movie and we all know how that turned out–with multiple seasons on Hulu. So I refuse to believe Y will be in limbo forever. It’ll happen. It’ll happen. If you need me, I’ll be over here, repeating that to myself for the rest of the day.

(via Collider)
Want more stories like this? Become a subscriber and support the site!