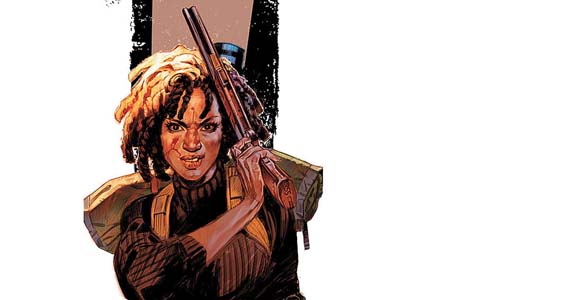 Turns out there’s an impending time limit on Vertigo Comics’ Y: The Last Man film. What are the chances it will get made? Hit the jump to find out and for some Runaways talk.

It’s my understanding that the rights to “Y: The Last Man” will revert back to co-creator Pia Guerra and me for the first time in a decade if the planned New Line adaptation doesn’t start shooting in the next few months, so I expect there will be some “Y” news in 2014 either way.

Interesting. The last we heard, New Line had hired director Dan Trachtenberg, and David Goyer said they had a script that would go into production this year. “The first movie is meant to function as a standalone, but hopefully continue. Hopefully there will be others,” he said.

But the problem there was, pretty much no one though Y: The Last Man should be a series of movies. It should be a television show. Here’s hoping New Line won’t proceed and the creators can move the material to a more suitable venue. Something like HBO or AMC would probably work best but I wouldn’t be surprised if The CW picked it up like they recently did with another Vertigo title, iZombie.

Vaughn also had a bit to say about his Marvel Comics creation Runaways, another series prime for adaptation.

And I presume a “Runaways” movie is dead at this point, but I haven’t talked to anyone from Marvel in a long time, so I’m not sure. I thought “Roundtable” and “The Vault” were both dead, too, but I just heard rumblings about each recently. I guess you never know.