That Other XCOM Game’s Still Coming, But Now It’s The Bureau: XCOM Declassified 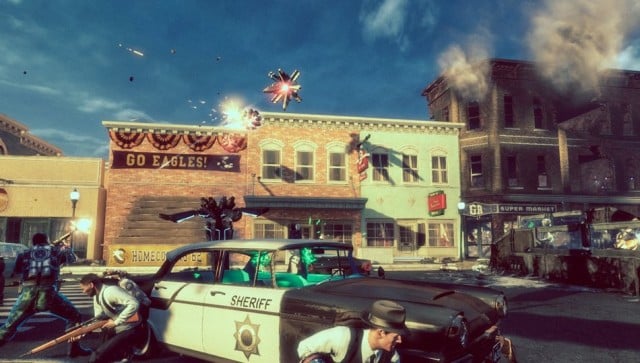 Despite some huge apprehensions prior to the release of XCOM: Enemy Unknown, the video game went on to prove to folks that modern studios really could understand what it was that made older games special. That doesn’t mean they always do, though, and the second modern XCOM game — now called The Bureau: XCOM Declassified — has finally resurfaced, and all those apprehensions are back again.

Known derisively as “the XCOM shooter,” The Bureau is now set to release on August 20th on PC, PlayStation 3, and Xbox 360. Developed by 2K Marin, the game’s had a somewhat rocky road to completion, but it looks like the finish line is finally in sight. This isn’t your father’s XCOM, though, nor is it XCOM: Enemy Unknown.

“What we’re attempting to do is a third-person squad-based tactical shooter,” 2K Marin’s creative director Morgan Gray told Polygon. “Putting you right there in the field. No more sitting back, watching everything unfold from a god’s eye view.” It’s too early to say, but that sounds an awful lot like Valkyria Chronicles, and I love Valkyria Chronicles.

They’ve also released a live-action trailer for the game: