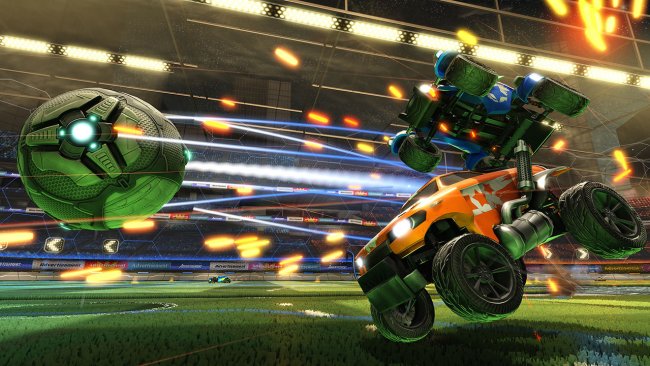 The days of walls between console and PC players are slowly coming to an end—and possibly the ones of walls between different consoles, but that’s still up in the air—and Microsoft is taking their online games cross-platform today. The first title to make use of the feature will be Rocket League, allowing PC and console fans to settle their differences over a game of rocket-powered, vehicle-based soccer, the way nature intended.

The PlayStation 4 version of Rocket League already allows cross-platform play with PC, and today at 6PM ET (3PM PT), the Xbox One version will provide its players with the option to include—or prohibit—PC players in their online games. Rocket League isn’t the first game to ever allow such a thing, but coming after Microsoft’s recent announcements on support for cross-platform play, it seems like a positive step towards many more in the future, whereas now it’s not very common.

It’s also just great for Rocket League, as Jeremy Dunham, Vice President of Rocket League developer Psyonix, said in a statement, “We’re really excited to bring Xbox One and PC players closer together. Cross-network play has been something that Xbox One gamers have been asking us for since the day we launched, and thanks to Microsoft’s new cross-network policies, we’re proud to give it to them.” For a multiplayer game making its name in the world, having a larger pool of potential teammates and opponents online with cross-platform capabilities is a great bonus.

Now if the Xbox One version can play with PC, and so can the PS4 version, then maybe next they can work on that Xbox One/PS4 crossplay and expand that pool of players even more? There’s really nothing holding it back. Just a suggestion. Happy gaming!

(via Gamespot, image via Psyonix)