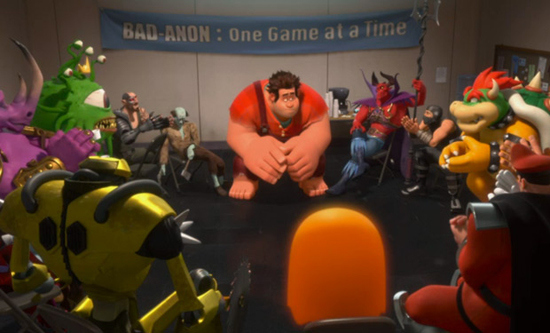 For the most part, movies that deal closely with video games don’t tend to do so well commercially. Some mostly blame Uwe Boll for this, and they might be right. Disney Animation‘s Wreck-It Ralph certainly didn’t suffer the same fate as other video game movies on its opening weekend. In fact, Wreck-It Ralph, which features a video game villain searching for something more, has just broken the studio’s opening weekend record with an estimated $49.1 million. It’s no Pixar, but it’s as close as they’ve come.

Ralph’s success simply boils down to the fact that it was broadly appealing in concept and execution. The idea of an 80s-era arcade villain seeking redemption, and the imagery that accompanied that, made the animated movie an easy nostalgia sell for parents who grew up in that time period. The movie reached children as well with its fun character designs and unique in-game worlds that appealed equally to boys (“Hero’s Duty”) and girls (“Sugar Rush”).

Whatever it is, the movie’s only going to continue to do well. Hopefully that means we’re past the point of disasters like BloodRayne.