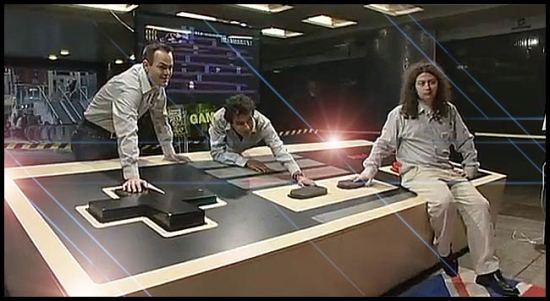 Technology just keeps getting smaller and smaller. That’s the general trend, right? Maybe the general trend, but some crazy dudes at the Delft University of Technology in the Netherlands decided to take it far, far in the other direction and made the world’s largest video game controller, Guinness approved. Benjamin Allen, Stephen van’t Hof, and Michel Verhulst –the aforementioned crazy dudes– are to be held responsible for this behemoth, a 12ft x 5ft 3 in x 1ft 8 in NES controller that weighs 265 pounds and cost $6,000 to build. Try bringing that to your buddy’s place.

Needless to say –but I’ll say it anyway– the controller is fully functional and supports co-op, in that you’d be hard pressed to use the thing all by your lonesome. There’s no word on whether or not it hooks up to a standard NES or what kind of port it uses, but frankly, it doesn’t matter; it’s not like your going to be able to fit this bad boy in your living room. If you can, would you be interested in trading houses?