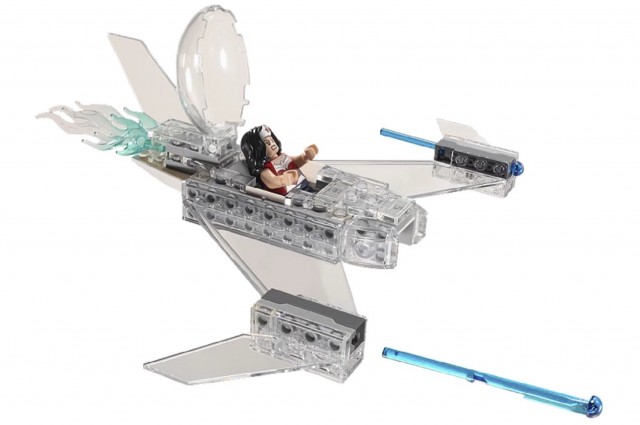 Okay, is this not the greatest depiction of Wonder Woman you’ve seen in several years? I’m sorry, I can’t hear your answer over how loudly I’m making “PEW PEW PEW” noises.

Just a few weeks ago we found out that LEGO would be producing a DC Comics-themed set featuring Wonder Woman and her Invisible Jet planned to be released in April of 2015. Today, thanks to io9, we know the “Gorilla Grodd Goes Bananas” set will be available on January 1st! That’s this week! The set includes the heroes Batman, the Flash, and Wonder Woman, villains Gorilla Grodd and Captain Cold, a poor bewildered banana deliveryman, his delivery cart, some sort of giant bat-themed mech, and… a completely translucent invisible jet for Wonder Woman, pictured above furiously firing her LAZORS.

Listen, I put together a set with those spring-loaded plastic missile pieces just last week. Those things have got some arc. And just look at that battle face: 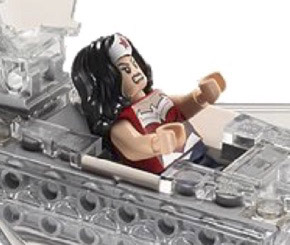