Study Shows That When Women Say “It’s Not You, It’s Me,” It Is Totally You 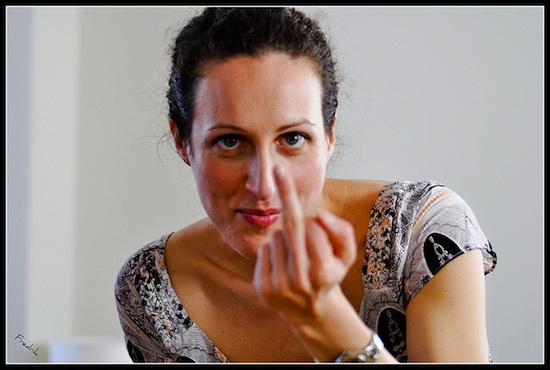 Women who have settled down with a long-term partner who is stable, dependable, and less than entirely sexy are legion, a fact for which less than entirely sexy men are thankful every day. Trust us, we know. New research from a team at UCLA shows that the operative word in that sentence might be “settled,” suggesting that women still hold their partner’s lack of a full head of hair and a six pack — PBR doesn’t count, dudes — against them. When they’re at their most fertile, women in relationships with average looking fellas demonstrated signs of being less happy with their partners, and more prone to find faults or criticize them, than women whose partners have it going on in the looks department.

The research, published in the journal Hormones and Behavior, shows that women evaluate their relationships differently at different times of the month, and that during ovulation, that evaluation can be especially colored by her partner’s sexual attractiveness. That’s a benefit to sexually attractive partners, and a sign that the rest of us should probably just try to keep a low profile for a couple of days. Make some progress in Dishonored and try not to break anything around the house, y’know? According to Martie Haselton, an author of the study:

“Women with the really good, stable guy felt more distant at high-fertility periods than low-fertility periods. That isn’t the case with women who were mated to particularly sexually attractive men. The closeness of their relationships got a boost just prior to ovulation.”

The good news is that these negative feelings don’t tend to last too long, and don’t seem to affect women’s overall satisfaction with their long-term relationships. Unless you consider being vaguely angry with your significant other for a couple days a month because they are not good looking enough for you a detriment to your relationship, which we honestly don’t. Seriously, we’ve had relationships that have lasted for months with every day seeming just like that. C’est la vie.