Television Is Destroying Our Romantic Relationships, As If We Need The Help 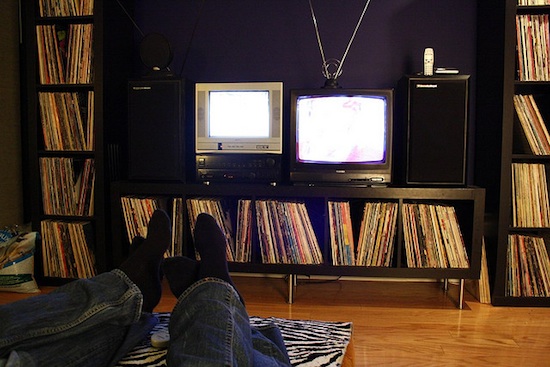 We can add television to the list of things that are destroying marriages across the world. According to a recent study from Albion University, watching television can be a significant cause of marital strife, right up there with “no longer caring what you look like” and “deciding to be the person you actually are in front of your spouse.” It’s not just because watching TV comes to be the easiest alternative to speaking with someone you once cared for but have slowly, almost glacially, grown to despise after years of crushing familiarity has transformed once adorable quirks into banal tics that set your teeth to grinding. No, it’s because seeing happy, devoted couples on television makes us wish that we were happy and devoted to someone, instead of just being married to them.

Published this week in the journal Mass Communication and Society, the study suggests that the more stock people put in the as-seen-on-TV portrayals of relationships in their favorite shows, the less likely they are to be committed to their own relationship. If, for example, you place a lot of emotional weight on the fact that the characters in Burn Notice would take a bullet for one another because they are so very much in love, you may be more likely to question how happy you are with your significant other, who can’t even be relied on to clean up their own dishes in the sink, let alone leap in front of a terrorist’s gun to save your life. Granted, you are probably (hopefully) not being shot at as much as characters on television shows, but it’s the principle of the thing.

The study also found that viewers who were more invested in television relationships saw the costs of their own relationship — in freedom, responsibility to another human being, and time spent picking someone else’s hair out of the drain — as higher than less invested viewers and tended to have unrealistic expectations of their real life lovers.

This whole study really makes us nostalgic for a time when people just had unreasonable expectations of how attractive we were from television. Now that we also apparently have to be super spies who take out the trash every night before making tasteful but sheet-ripping love to our partners in soft light, man, it all just seems like too much work. What’s on the tube tonight?