Why Are Women More Likely to Delete Friends on Social Networks Than Men? 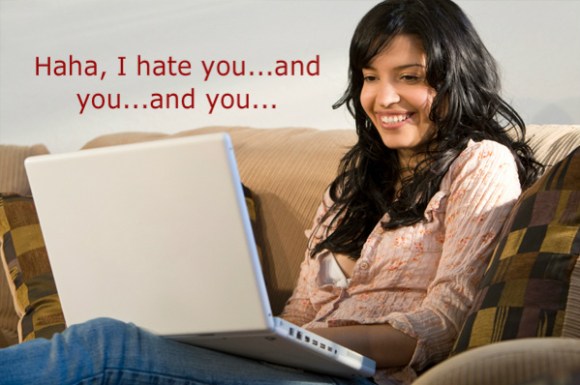 A new study by the Pew Research Centre‘s internet and American Life Project reveals some interesting numbers about how we all express ourselves on social networking sites. For example, a majority of us — 58 percent — choose to set our profiles to private on sites like Facebook. But where it diverges a little bit between men and women is who is more likely to make their profiles private — 67 percent of women make their profiles private, but less than half of men (48 percent) do the same. As for who deletes more of their “friends”? Again, 67 percent of women — about two thirds — have reported deleting friends while just 58 percent of men have done the same. Are women simply more guarded on the internet these days? Or do men care that much less?

Among the other statistics are who is more likely to post something on a social network that they regret later. In this case, more men are likely to feel regret over a comment, a photo, video, etc. that they share than women by a 2:1 margin. Though 48 percent of both men and women say that they “have some difficulty” with privacy settings, with an almost equal amount (49 percent) saying they don’t have any difficulty.

So, what have we learned here? Women are more likely to delete friends, make their profiles private, and less likely than men to post something they regret. Going by this in a logical way, are women deleting mostly men because of what they’re posting? Or are they simply choosing to keep their group of friends limited to people with whom they are actual friends? Meanwhile, it appears — by these numbers — that men don’t think about the people on their social networks the same way, perhaps not considering it as intimately as women do.

Going by these numbers, it seems like women just aren’t as willing to or are more careful about what they share online and with whom they share it. The world may never know. Human beings are a self-promoting, uninhibited loudmouth mystery.