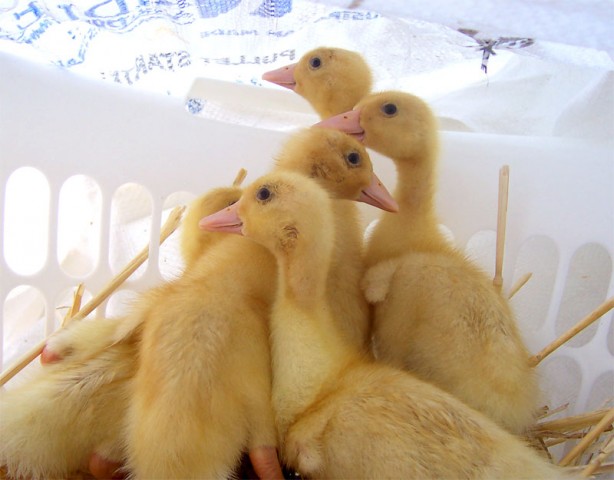 You know what ducks eat in nature? Not white bread. Because that’s people food. And when it’s consumed all day, every day, it makes people fat. So imagine what it does to something one-tenth our size: makes it really fat. Seriously: ducks are now eating enough bread to become obese and hurt their babies.

Scott Pilgrim: full of world wisdom, for us and our fellow creatures.

While there are many flaws we as a species have imparted to other branches of the animal kingdom, I’ll admit I didn’t expect carb-based obesity to be one of them. Yet visitors to one park in Peterborough in the U.K. are so fond of tossing bits of bread at the ducks that they have become obese, hurting their health. The ducklings and goslings are also often born with deformities, including a condition called angel wing– and incidentally, despite sounding like a condition that gives baby birds halos and sparkling wings, actually means the feathers grow wrong and they can’t fly.

The park staff has responded by providing pellets in place of bread for the visitors to feed to the birds, but visitors are so eager to feed the ducks that they could get fat on the pellets. It is also harder to kill birds instantly with pellets.

The pellets won’t be nearly as much help in bonding with Hugh Grant after your mother tried to kill herself, however.

Guys, this one shouldn’t be so hard: don’t chuck bread at ducks all day every day, because how would you feel if the situation were reversed and little baby ducks were breaking up loaves of bread and feeding you and oh, God, that would be so cute, it would totally be worth getting fat.

(via BBC, image via Wikimedia)