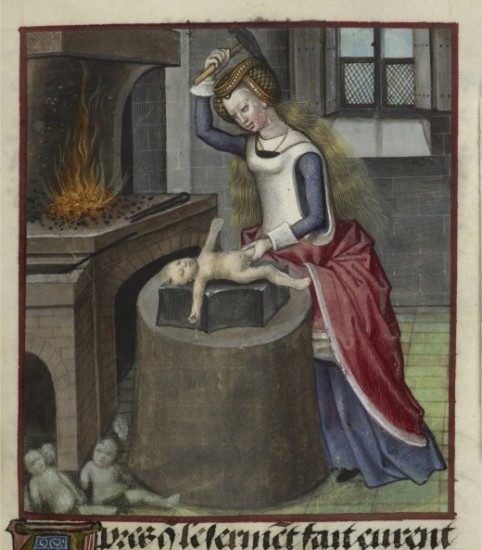 Unfortunately, this is a “detail of a miniature depicting Nature forging a baby,” from around the year 1500, not some depiction of what 16th century Dutch people thought human gestation was like.

/sigh I guess history is already awesome enough without that.

Previously in What Is This I Don’t Even