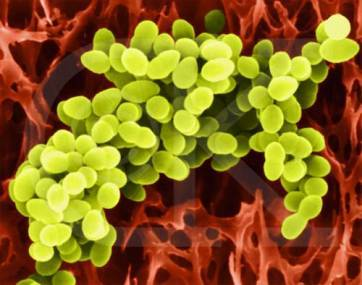 In yet another example of real news almost being less believable than The Onion (no really), last week Wisconsin declared that Lactococcus lactis was the official state microbe.

“The first time I heard the idea, I thought, I’ve got more important things to do than spending my time honoring a microbe,” said Gary Hebl, a Democratic state representative who proposed the bill which, he says, would make Wisconsin the first state in the nation to grant such a designation. “But this microbe is really a very hard worker.”

And Hebl is right.  L. lactis has gained notoriety by becoming the “first genetically modified organism to be used alive” in treating a human disease (Crohn’s disease).  It also doesn’t produce spores, is non-motile, and, uh.  Has a homo-fermentative metabolism?

Closer to home, at least for Wisconsin, L. lactis is used to make buttermilk as well as Brie, Camembert, Cheddar, Colby, Gruyère, Parmesan, and Roquefort cheese.  Cheese itself may soon become the official snack of Wisconsin.

No, we’re not joking.  Wisconsin is the first state in the union to declare an official microbe, but we wouldn’t mind if this attention to the tiny bits of science that make life a lot easier for all of us spread to other states.  Science rules!

Actually, I’m from New Jersey.  I’m not sure I want to know what our official microbe is.