Windows Announces Some Details About 8.1, Leaves Me Hoping I Can One Day Use Windows 8

Windows 8 is a complete digital nightmare, but could the changes coming in 8.1 save it? I sure hope so. 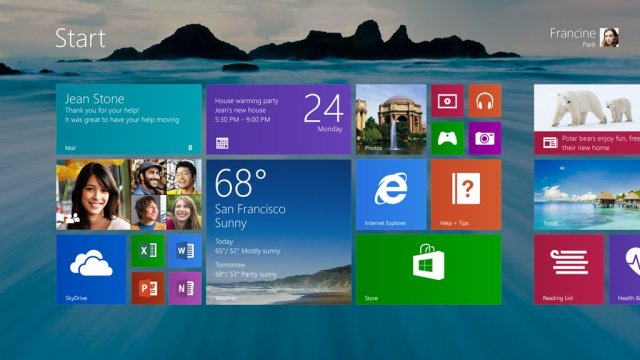 There’s no sense in hiding it. I hate Windows 8. My laptop dual boots Windows 8 and Ubuntu 12.10, but I only boot into Windows if it’s absolutely necessary. Ubuntu isn’t perfect, but I have anxiety attacks trying to use Windows 8. It has its defenders, but even Microsoft admitted it hasn’t lived up to expectations. Today they’ve outlined some changes for Windows 8.1, and they actually look a little promising. Maybe I can finally start using Windows again.

Rumors were going around in April that Windows 8.1 would be dropping the metro design and reinstating the classic Start button, or at least giving users the option to boot into Desktop mode. None of that was mentioned in today’s announcement on the Windows Blog, but a retooling of the tiled Start screen was a key point. It’s also one I think could really help make Windows 8 a usable operating system, and not a recurring nightmare.

The tiled metro design of the Start screen in Windows 8 was meant to make use of touchscreens that are becoming more prevalent, but it gave me the feeling that my laptop (with a touchscreen) was being relegated to use as a tablet. Besides that, it felt clunky. Trying to organize the tiles into a functional setup was frustrating, but with Windows 8.1 Microsoft promises to make managing the Start screen easier.

They’ll be adding new tile sizes, and making it less likely that you’ll be moving tiles around accidentally while trying to scroll through the menu — a particularly frustrating problem. Windows 8.1 will also have a much needed All Apps view accessible from the Start screen. To help with making my computer feel like a computer again, they’re adding better mouse and keyboard features.

One of the biggest improvements will be to the PC Settings panel. The improvement being that it will actually have things like the settings for your PC. The first incarnation of Windows 8 had a few settings available from the Start screen, but to get to any real nuts-and-bolts level stuff you still had to navigate to the Desktop, go to the Control Panel, and then curse at the screen for a few minutes while you try to find the setting you’re looking for.

Search is also getting some improvements. This wouldn’t be quite as important if it were easier to find things naturally in Windows 8, but I’ll take any improvements I can get. Despite what commenters have said on past Windows 8 articles I’ve written, I take no joy in how much I hate Windows 8. It’s on my computer in it’s own special little hard-to-kill partition, so I’d like to be able to make use of it without having a rage blackout.

The changes outlined today don’t seem perfect, but they’re absolutely an improvement — at least in theory. We’ll see how they pan out when Windows 8.1 is released. There will also be more details coming out about 8.1 in the next few weeks before the launch. The most promising thing about these updates is that Microsoft appears to be listening to users about what they want, like, or downright loath about Windows 8, and they’re willing to change it.

There could be hope for you yet, Windows 8.