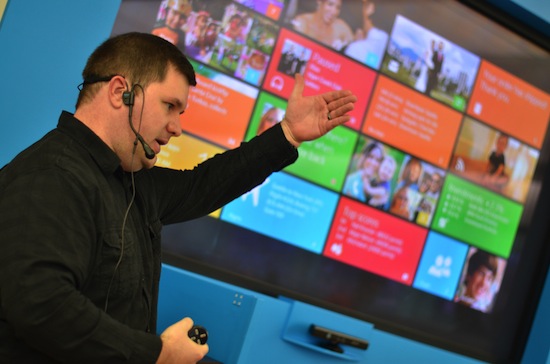 Microsoft had pretty high hopes for Windows 8 when it was released last month. Although the stated number of 40 million licenses sold sounds impressive, it reportedly falls below what Microsoft was projecting. They’re putting on a brave front by saying upgrades to Windows 8 are outpacing those to Windows 7, but Microsoft is allegedly blaming the makers of Windows 8 PCs for an “inability to deliver.” Microsoft shouldn’t blame manufacturers for Windows 8’s poor adoption, they should blame Windows 8.

A few factors could be responsible for the tepid market response to Windows 8, and I’ll try not to dwell too much on the fact that it’s terrible. I just purchased a laptop with Windows 8 installed and have been trying to use it for a few days now. I’ve got to say, it’s a mess. I’m a long time Mac user, but occasionally have to use Windows 7 for various reasons. Windows is not a completely foreign environment to me, but nothing about Windows 8 feels useful or intuitive.

Windows 7 could also be part of the problem Windows 8 is having with sales. If customers are already happy with Windows 7, then they might not be looking to upgrade just yet. Other factors could include things like the poor economy, a pre-holiday shopping release date, or the fact that Windows 8 is spread out on a wide variety of devices.

One other factor that might be holding people back is how hard Microsoft is pushing the touch features of Windows 8. If they make it seem that Windows 8 is centered around a touchscreen interface then people might be scared off from upgrading to Windows 8 on their computers that don’t have touchscreens. The laptop I just bought has a touchscreen as a matter of coincidence rather than by choice, but I imagine trying to navigate through the tiled interface of the new Start Menu would be frustrating with a mouse or trackpad.

Perhaps users are waiting to get a better understanding of what Windows 8 is before they upgrade, or maybe, like me, they will just have it thrust upon them the next time they upgrade their hardware.

(via Supersite for Windows, image via Michael Kappel)