Wait, it's not Combine Wars? *sadly drives tractor away* 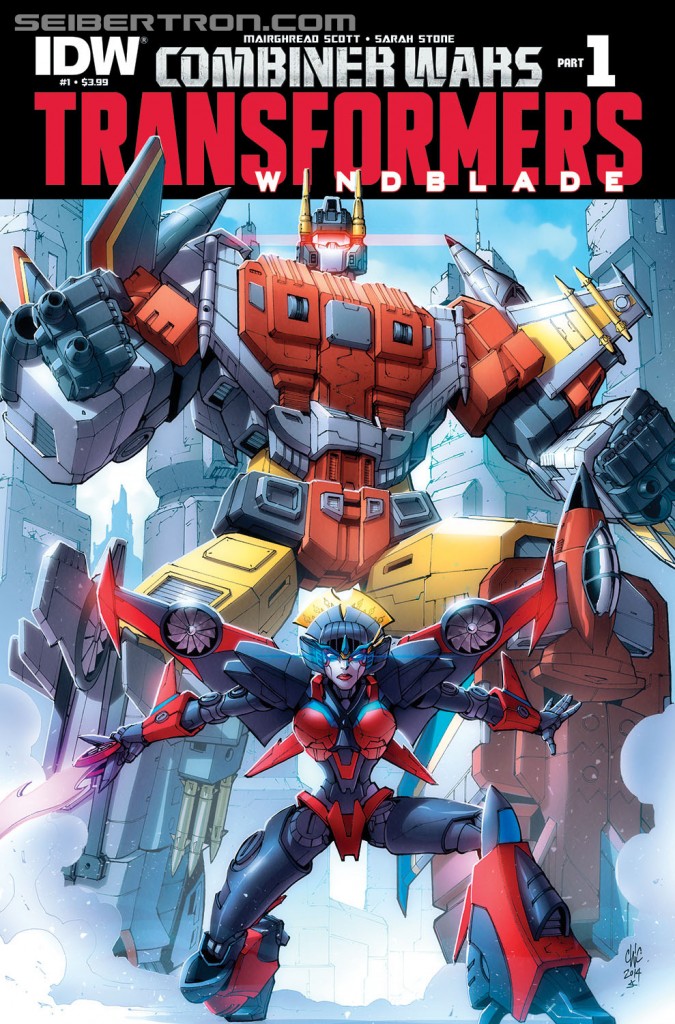 It was only a year ago that we were getting our first looks at Windblade, a fan-designed character who’s broken major gender barriers in IDW’s Transformers continuity. Which is to say, before the creation of her homeworld Caminus, all the bots in the continuity were considered “genderless.” Which is to say… a virtually complete majority of them had no “sex” but were overwhelmingly given the secondary physical gender characteristics of male humanoids and were referred to with male pronouns. Windblade’s miniseries is over, but she and writer Mairghread Scott are back for IDW’s big Transformers event of the summer: Combiner Wars!

The Mary Sue: I’m definitely in the category of “potential new reader,” but when I asked around on twitter even fans just seemed to want to know… what is the Combiner Wars event?

Mairghread Scott: A lot of people who don’t read Transformers tell me they wonder if they can get into it. Is there really something to relate to on a planet full of alien robots? But I feel that Transformers are some of the best and boldest comics being written. We’ve tackled war, politics, gender, racism, redemption, evil (and I do mean evil) and every step along the way we’ve fought to give you characters that are more than the car they turn into. So if you’re looking for science fiction that still does what science fiction was created to do — to challenge and examine problems we struggle with in human society — here’s what you need to know to jump in:

Windblade is the newest of the transformers to come to Cybertron and she’s found not only is the Autobot/Decepticon war over, but Megatron’s weaselly second-in-command Starscream controls the entire planet. Windblade doesn’t trust him, but she desperately needs him, because she’s from a long lost colony that’s running out of resources. Combiner Wars starts the first day Cybertron is able to reach that colony: which could mean the start of a prosperous golden age or the start of a terrible empire.

It’s true Starscream is selfish, he’s also massing an enormous amount of power. But being a good leader doesn’t require you to be a good person. Unlike other villains, Starscream is just as willing to do the right thing as the wrong thing. That’s what makes him so dangerous. Our other main character, Windblade, knows this. She’s from one of these colonies and is trying to maintain a devil’s bargain with Starscream to get her home planet help without pulling it into a war. Between them stands Optimus Prime. He’s a general in peacetime, with no army to fight for him and no enemy to fight against. But he is desperately trying to guide a planet that he can no longer control. How can he possibly support Starscream’s efforts? How can he not when Starscream is Cybertron’s rightful leader? Combiner Wars is a struggle for what the future of a planet will look like and how violent even the highest ideals can become.

TMS: Combiner Wars seems like it might offer more of a chance to examine the Metrotitan Caminus and the culture of his planet, being the only Transformers society (in the IDW continuity) to have developed gender. Or is that the kind of thing that might be left until after the event dust settles?

MS: Combiner Wars is going to be our first real introduction to the planet Caminus (where Windblade is from) and the ‘Bots that live on it. It’s also our first time meeting transformers who are completely unlike the ones from Cybertron. Camiens are proud, devout and desperately in need of help and we see how that affects their dealings with Autobots, Decepticons and Starscream himself.

In fact, we have an exclusive sneak peek at of one of the most important members of Camian society, the Mistress of Flame. The Mistress of Flame is the leader of the only faith on Caminus, The Way of Flame, which worships a female Prime said to be the mother of all Camiens. But fire can be as dangerous as it is helpful and the faith of Caminus burns hotter than any Cybertronian realizes. 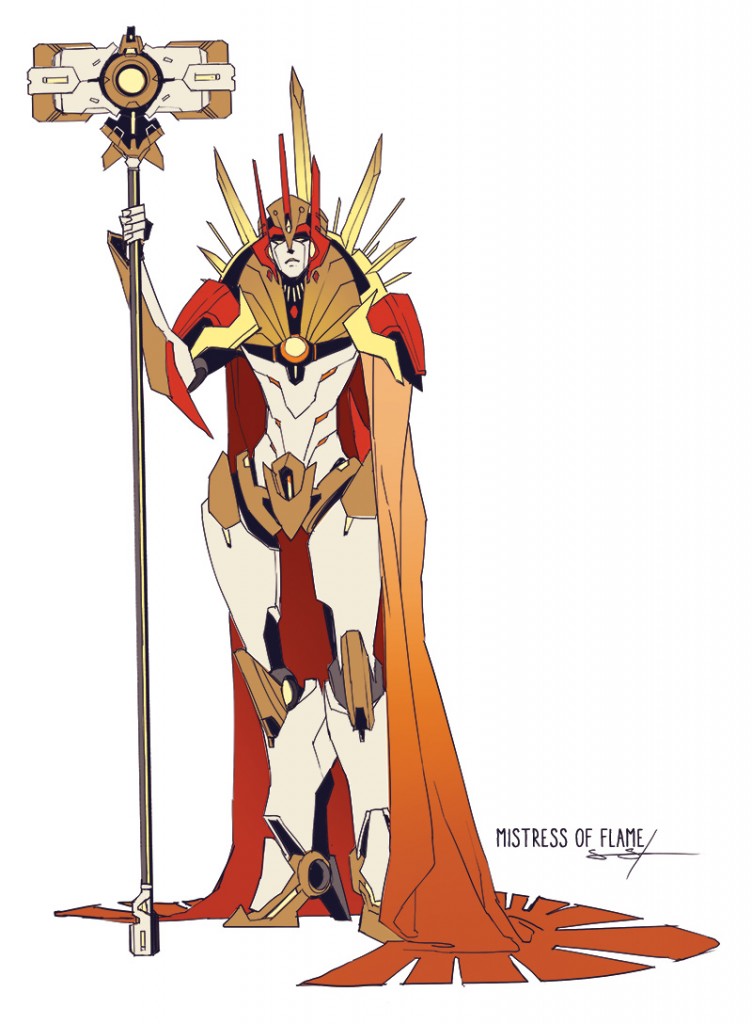 TMS: Windblade and her loyal bodyguard Chromia had a bit of a falling out in her miniseries. Will Combiner Wars give them a chance to reconcile?

MS: When I designed Windblade and Chromia, I wanted to build something we don’t see enough in comics: authentic female friendship. Not just shallow gal pals who drink wine and gossip on weekends, I wanted to show two women who have put their trust, their lives, in each other’s hands. Last we saw them, Chromia betrayed that trust and it’s put her and Windblade on very shaky ground. They’re in that terrible place where you can’t go back to the way things were but aren’t sure how to move forward. But it’s not a place they can stay for long. Their friendship is a major driver in Combiner Wars and if they can’t hang together, they will most surely hang separately.

TMS: Can you tell us anything about your plans for Windblade after Combiner Wars?

MS: Transformers: Windblade will continue after Combiner Wars, but this event is going to leave deep marks on our universe. We’re looking to open as many doors as possible with this series: bringing in new characters, new types of people and new civilizations. The world will be getting a lot bigger in Transformers: Windblade but many of these changes bring danger with them and many will start right here in Combiner Wars. Windblade and her allies will have to embrace the new without losing everything they hold dear.

TMS: And finally: Is Windblade combining with anyone in the series? Are we looking at a potential metrotitan combiner (several bots transforming into a single larger bot)?

MS: Now that would be telling. But there will be a brand new combiner in our series. Who it is and how it gets made are things you’ll just have to read to find out.