I Hate to Agree With William Shatner, but Paramount Needs to Pay Chris Pine

And you know how much I don't like agreeing with Shatner. 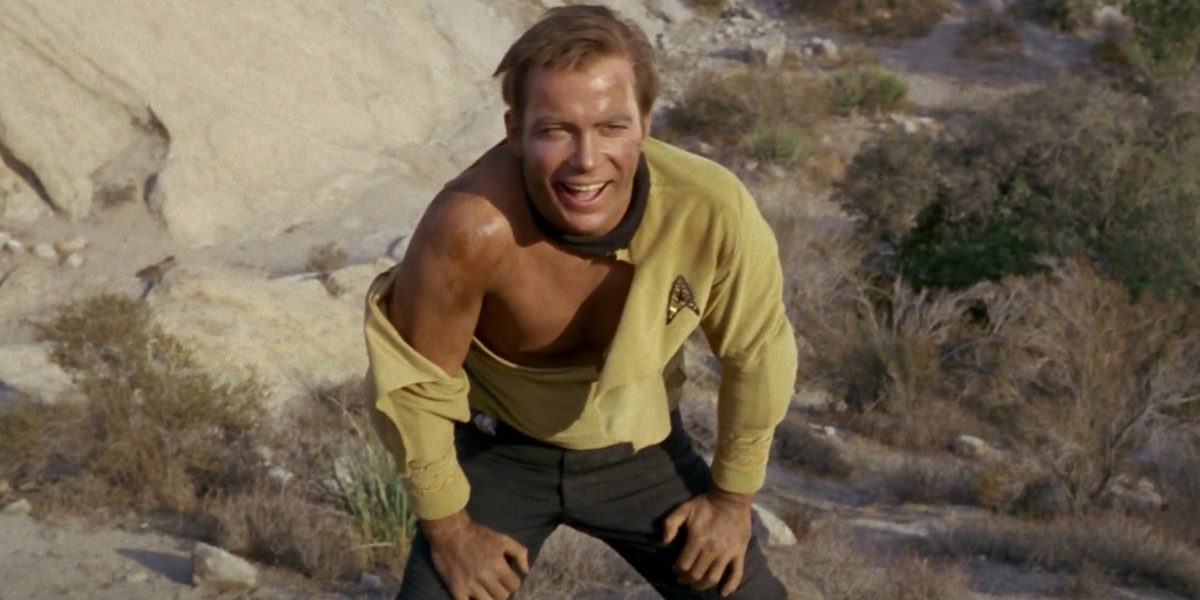 Happy Star Trek week, folks; the series first premiered 52 years ago this past Saturday. To celebrate, we’re going to continue to cover the current struggles between Paramount and Chris Pine.

We’ve heard from producers of the film who say that he’s not necessary to Star Trek‘s continued survival, which isn’t a good look. We’ve heard from co-star Karl Urban who has hope that Pine will return. And now we’re hearing from the original James T. Kirk, he who hates The Mary Sue and also joy, Mr. William Shatner. Shatner is firmly Team Pine on this one, and said in an interview with Trek Movie:

Well, we negotiated. I don’t recall, although there is something vaguely reminiscent about saying, “I can’t do that.” But, Chris is in a wonderful position in that he is so good and such a leading man, that he has many opportunities to explore without being Captain Kirk. So he is in a really good negotiating position. I think he’s doing the right thing in terms of getting more money, as the movies seem to be making a lot of money.

The movies aren’t making a lot of money necessarily (Star Trek Beyond only grossed about $343 million worldwide) but Shatner is right about Pine. Pine is the only real household name in the Star Trek cast, though John Cho and Zoë Saldana are strong competitors for that title. He’s absolutely killed it as Kirk in all three reboot films, even when the scripts betrayed the very essence of Kirk’s character. He has charisma and chemistry with literally everyone. Plus, he’s in demand, doing both high art projects and breaking hearts all over the world as Steve Trevor in Wonder Woman. He’s got pretty much a full hand when it comes to negotiating here.
We’re not the only ones who think that Pine needs to come back for the franchise. Kevin Smith, professional fanboy, agrees, and said this of the potentially Kirk-less future.

“They can’t recast. Chris Pine is fantastic. It was chancy bringing another Kirk into the world. They found the one guy who could pull it off where it doesn’t sound like an impression, but it totally homages an entire f**king body of work in a character. So, you got to bring him back. Maybe you let go of the dad storyline if you can’t get Hemsworth to come down a little bit. But, you can’t do those Star Treks without that Kirk. He was great.”

JJ Abrams, for all his Trek-related faults, did do a stellar job pulling a cast together. I mean, Simon Pegg as Scotty? That’s inspired. Eomer from Lord of the Rings pulling off a convincing Bones? Genius. Zachary Quinto, who’s eyebrows garnered worldwide fame as Sylar on Heroes, as Mr. Spock himself?

Listen, I could stand here and be Chris Traeger from Parks and Recreation about this cast for literally a solid hour, but the fact of the matter is is that all these amazing casting choices wouldn’t have worked without a good captain to lead them. And Smith is right. You’ve got to bring him back for it to work.

And yes, this might mean scrapping the George Kirk storyline, but okay, confession time: did anyone really want the George Kirk storyline? We just got Kirk over his father issues in Beyond when he proved he could be a great captain outside of the shadow of George Kirk. The specter of the USS Kelvin and his father’s death will always hang heavy over reboot Kirk, and that’s okay. But it’s hard to imagine a plot involving George Kirk that isn’t either them going back in time to erase their own timeline from existence (which would make me the saddest Trek fan on the planet) or to… I don’t know, find some space whales again?

I’d rather the next film be another awesome space family adventure featuring Danai Gurira in her mysterious new role then just Chrises Pine and Hemsworth having father-son feelings.

Also, if they really want a story about an estranged father and his child, Joanna McCoy has never been in a Star Trek movie. We could get Gurira and another female character that way, plus we could skip the time travel, pay Pine, and give Urban something to do outside of being cantankerous but that’s just my opinion.

If we’re agreeing with Shatner, you know that something’s up. If Paramount wants the Kelvin timeline Trek to be their new tentpole, they need to invest in making sure they’re not going to alienate part of their audience with a new Kirk.

If that means allocating some more money to get Pine back, then I say do it, because otherwise they’re going to have to do a lot more work to bring in the fans than they would if they gambled a little more and got their star back. Listen to the original Jim, Paramount, and get Pine back.