Do not even think about it. Just give him what he wants. 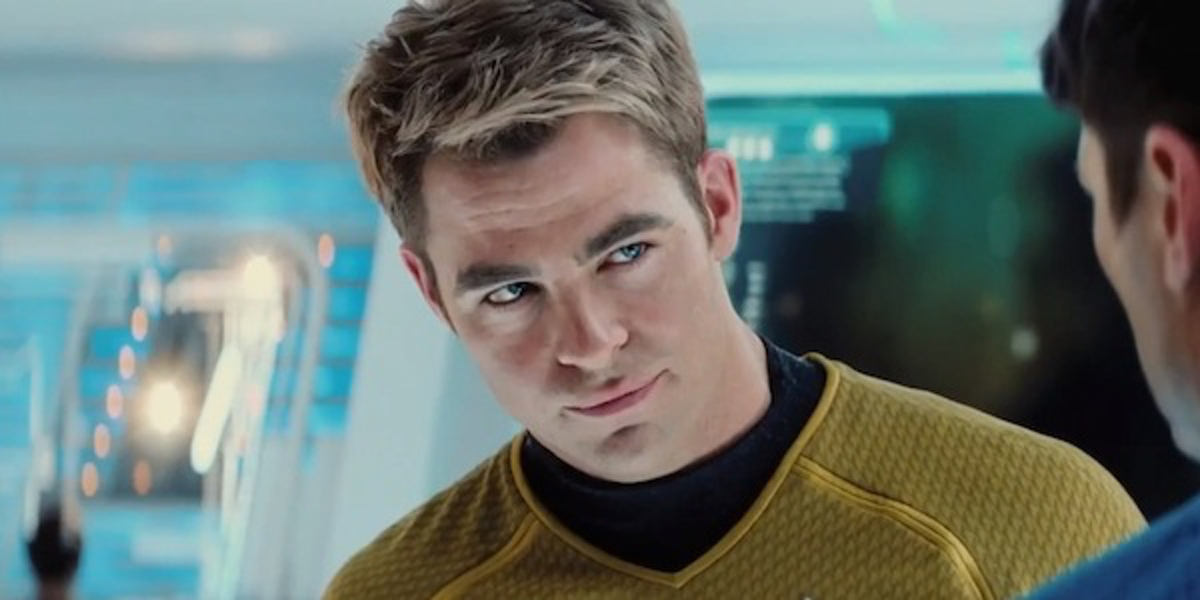 I have been trying not to think about a future in which I do not have Chris Pine as Captain Kirk (or a future where I don’t get to see the reboot crew in another movie), but apparently the producers of Star Trek 4 had other plans for me today.

While speaking to Screen Rant about the future of the franchise, producer Adi Shankar said: “Losing Pine and Kirk is not a big deal and kind of cool. Actors don’t matter, stories do. This is the universe presenting an opportunity to do something different and boldly go where no suits have gone before.”

That’s not good news for anyone though, not even Paramount. Chris Pine is the biggest star in the new franchise outside of Zoë Saldana, and he was going to be joined by Chris Hemsworth as George Kirk, his father. (There would be time travel, a staple of all good fourth Trek installments.) There’s also the fact that he doesn’t play a small character; Jim Kirk is the protagonist of the Kelvin timeline. Without Kirk, it’s hard to imagine the Enterprise crew going forward. (This isn’t Walter Koenig’s version of Star Trek VI, which ended with everyone but Spock and Bones dying. True story.)

There’s also the fact that we’re already down a crewmember due to the tragic loss of Anton Yelchin, who played Chekov. The crew can survive the absence of one of their beloved members, but two? We’re left with Spock, Bones, Uhura, Sulu, and Scotty, and while that’s the making of a fantastic fic where those five are away on a mission together, it might not play out well onscreen, because they’d be missing two key components. Although, okay, if Sulu is promoted to captain, I will not complain in the slightest, because hey, John Cho deserves to be captain.

The problem also arises where the crew dynamics suffer if Kirk isn’t there. The holy trinity of Kirk, Spock, and Bones works because all three represent different perspectives and parts of the heroic lead. The reboot films have struggled to recapture that magic, but Star Trek Beyond brought that somewhat to the forefront by having Spock and Bones struggle to survive together when previously they had barely interacted in the new canon, and by letting the trio be a trio.

To remove Kirk from the equation means that the two opposite ends of the emotion/logic spectrum will spend two hours bickering without the balance in the middle; while that works for some Original Series episodes, it might not carry an entire film. Also, think of the shippers, Paramount!

There is one solution no one has spoken about yet, which I hesitate to even voice: recasting Kirk, but that would create a whole host of other issues. This isn’t like Star Trek Discovery, set in the original timeline, where Ethan Peck is just playing a younger Leonard Nimoy ten years before the Original Series. This is like recasting Chris Evans halfway through the MCU. For all his Trek-related flaws, JJ Abrams struck casting gold with Pine and his new ensemble; the casting agents would need to find someone who understood Kirk, could match Pine in charisma, and had the chemistry that developed naturally between a group of friends on and offscreen.

The rest of the cast—Zachary Quinto, Karl Urban, Zoë Saldana, John Cho, and Simon Pegg—are all expected to return. At this point, Paramount might decide to dig their heels in and refuse to give Chris Pine what he deserves, but that would jeopardize a franchise that they could cultivate into their flagship, because it’ll be a hard sell to give us the Enterprise crew without their beloved captain

They don’t need Chris Hemsworth to return. Scrap the George Kirk storyline, give Pine more money, and do a decent Mirror Universe movie, and I guarantee there’ll be praise from Trek fans and audiences, but don’t act like Pine isn’t key to the franchise’s current success. It’s never wise to bet against Jim Kirk.