Karl Urban Gives Hope To Us All, Thinks Chris Pine Will Return to Star Trek

This is why he's my favorite Kelvin timeline actor. 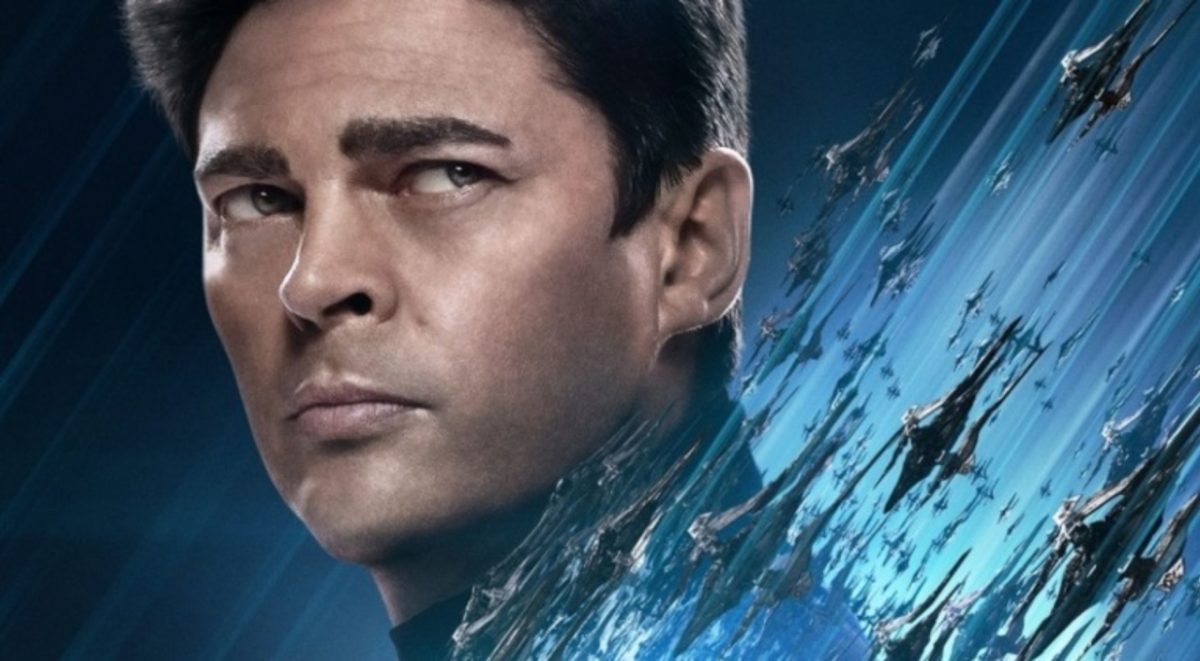 Actor Karl Urban was the guest of honor at the recent con Trekonderoga, so naturally, the subject of Star Trek 4 was broached. Urban plays Leonard “Bones” McCoy in the rebooted films, starting with Star Trek in 2009. Most recently, talks surrounding Star Trek 4 have fallen through, with stars Chris Pine (Captain James Kirk) and Chris Hemsworth (George Kirk) walking away from the table. However, while things might look grim for the fans of the franchise, Urban is confident they’ll return, saying, “Hopefully, we get back for another movie, or two of them. We are just sort of waiting on negotiations. I’m confident we will.”

He went into more detail, saying that the previous film, Star Trek Beyond, made “320 or 350 or 380 globally” (the film grossed 343 million in total), but that because the budget was so high, the profit margin was not as good. He continued:

…particularly Chris Hemsworth and Chris Pine subsequently have done big movies, and their quotes have gone up and so I am pretty confident though that Paramount and those guys, they will figure it out. Because I know Chris. We were all in touch recently and everybody wants to do it and make it happen. So, if Paramount is willing there will be a way to make it happen. So, fingers crossed.

This is a hopeful sign in dire Trek times. Urban knows Pine better than any of us Internet dwellers, so if he thinks it’ll happen, then I can finally stop wearing all black and mourning the fact that I’ll never get to see another press tour with this cast. The entire cast, despite being in high demand, wanting to return also warms my cold heart; it’s nice to know that the cast, which saved the earlier entries of the series with their chemistry, loves making these movies as much as we love watching them (except for Into Darkness).

Speaking of that ill-fated reboot of Wrath of Khan, Urban also shared his feelings on Star Trek Beyond and what he wants out of a fourth entry in the series: namely, a good story.

“I just want to be sure if we do another one that it is good. I was pretty happy with Beyond, after the first two, and just want to make sure we push the envelope and develop these characters and take it somewhere new. That would be my biggest concern. What’s the story. Is it a story worth telling?”

Urban, a fan of the Original Series, famously revealed that he nearly walked away from the franchise after Star Trek Into Darkness, as he worried they weren’t developing Bones well enough. He cares about the character and wants to honor the memory of the late DeForest Kelley, who originated the role from 1966 to 1991. I can vouch as personally as an outsider can for this: I have memories of attending a convention and seeing his emotional response to an older Trek fan telling him how his performance was a tribute to Kelley’s work. There was barely a dry eye in the room at the time.

He spoke about trying to honor Kelley at Trekonderoga, as well. He wanted to make sure audiences saw something familiar in his performance as a fan, saying, “For me it was about identifying the core what DeForest Kelley was doing and that sense of spirit and trying a younger version in an alternate timeline.” He worked with a dialogue coach to nail down Bones’s accent in the first two films, but said he was focused more on making sure he carried the same qualities—he says irascibility and compassion were two traits he worked on conveying through his voice.

Urban expressed a desire last year for Star Trek 4 to explore Bones’s family a little more, and that’s something I personally also hope to see. Joanna McCoy, Bones’s twenty-something-year-old daughter, was scheduled to appear in the Original Series in season four, but the show was canceled before she could make her debut.

A nurse, she and Bones were to have a somewhat strained relationship, as he had spent so much time in space, away from her. Unfortunately, she was also supposed to be a love interest for Kirk; let’s hope that if she makes an appearance in the new films, they scrap that plot line completely.

The other topic that came up was Quentin Tarantino’s planned Star Trek installment, which will feature the reboot’s cast. Urban said the film was still in the process of being written, but confirmed that it would be more graphic than Trek usually is; he said it would embrace the “horror of space.”

Personally, I am not a big fan of the concept of a Tarantino-helmed Trek; his hyper-violence and misogyny are out of place with a space franchise that’s about a bunch of social justice nerds flying around bringing peace to every planet they visit. Also, let’s not forget how he treated Uma Thurman on the set of Kill Bill, and that he joked about Roman Polanski’s victim, but hey, J.J. Abrams, who famously whitewashed Khan, approves, so it must be good?

Anger aside, part of me wants to say that if Urban and the rest of the Trek cast are in support of the storyline, then it must not be too terrible. However, I’m still not happy he’s joining the series, and I probably won’t ever be happy about it.

It’s always nice to have the Star Trek cast talk about the series, and as per usual, Urban delivered a fun panel for the attendees. After giving me the hope that the franchise will survive the current contract disputes, I personally cannot wait to see Bones, and Urban’s always stellar work, back on the big screen. Hopefully, the news that Pine and Hemsworth will return will break any day now, and we can go back to warping through the universe.