Even Wild Mice Really Dig Running Around in Wheels

Treadmills: not just for the chronically lazy anymore! 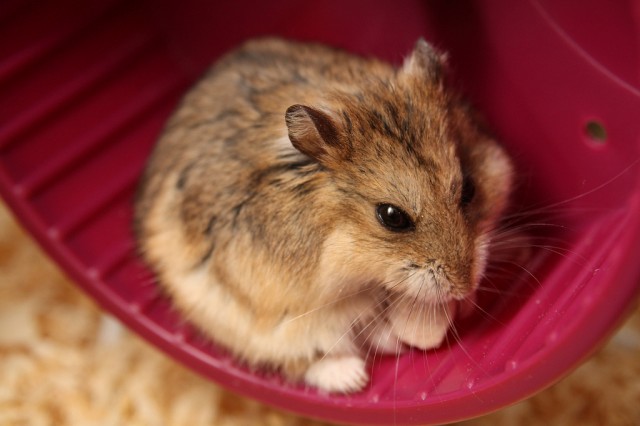 When you buy a rodent or small creature as a pet, you’re usually encouraged to buy that pet a little wheel—the logic being that they won’t get to run around as much inside that tiny cage and will need something to burn off all their extra neurotic rodent energy. But apparently, it’s not just captivity-bred animals who find wheels fun.

In a study published today in Proceedings of the Royal Society B: Biological Sciences, a group of researchers wanted to test out the theory that wheel running “is an artefact of captivity and merely signifies neurosis or stereotypy” rather than an authentic indicator of physical activity. They placed a small wheel in an accessible open age filled with sensor equipment and then left it outside with a food tray to attract the native animal population. The idea was that if wheel running isn’t a natural behavior, no animals would engage in it.

The results, however, seem to demonstrate that the opposite is true. Over 200,000 animals, including mice, shrews, rats, frogs, slugs, and even snails, came by to check out the set-up. Most of them ended up trying it out—except the snails, who didn’t seem to get the point (we feel you, snails). Juvenile-aged mice in particular loved it and kept coming back for more on a year-round basis, both in urban areas and near more sparsely populated dunes. None of them ever walked up the wheel, either, instead always choosing to run.

Researchers Johanna H. Meiger and Yuri Robbers feel that this points to a tendency in some animals—and humans!—to engage in exercise as a recreational activity just because they like it. The study explains further (important part bolded for emphasis):

Existing explanations are that wheel running is a consummatory behaviour satisfying a motivation such as play or escape [10], or that it is linked to the metabolic system as a motor response to hunger or to external stimuli relating to foraging [34,35]. Our results indicate that while the number of visits to the recording site decreased when no food was present, the fraction of visits including wheel running increased. This implies that wheel running can be experienced as rewarding even without an associated food reward, suggesting the importance of motivational systems unrelated to foraging.

Exercise as its own reward? Now you’re talking crazy, science.

(via Slashdot, image via Dan Derrett)