At least this is good news for female scientists? Maybe? 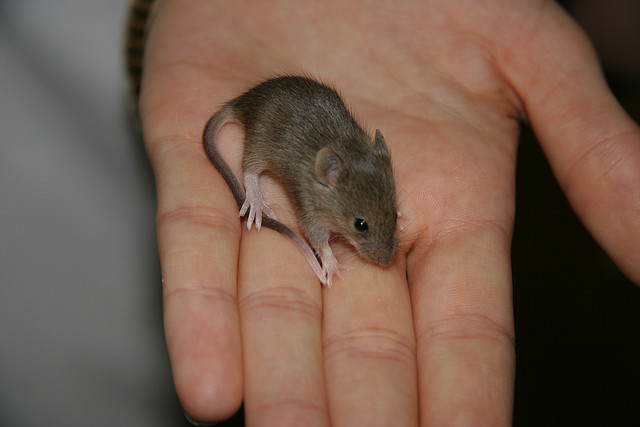 A study published today in Nature is casting doubt on the results of countless pre-clinical trials performed using lab rodents. Researchers through the University of McGill have discovered that mice and rats freak the fuck out in the presence of men—so by the transitive property, I guess I am also a rodent?

An international team of pain researchers working at McGill have determined that being in the presence of a man causes lab rodents an equivalent amount of stress to being restrained for 3 minutes or forced to swim for 15. Since stress may impact the rodents’ perception of pain, conclusions from previous studies using mice or rats may have been compromised by the presence of dudes.

The team determined that the rodents’ apparent “miceandry” is likely due to masculine musk: the researchers experimented by placing t-shirts worn by a male or female member of their team next to the mice and rats and observed that simply being near a male experimenter’s t-shirt caused the animals to lose their cool as quickly as being in the same room as a man.

The study hypothesizes that pheromones or chemosignals might be the culprit in the rodents’ gender bias—men secrete pheromones at a higher concentration than women, so the rodents are likely having a freak out from sensing a nearby male mammal. (All mammals have the same chemosignals. Think of that the next time you try to decide if you “have chemistry” with someone.)

Our findings suggest that one major reason for lack of replication of animal studies is the gender of the experimenter – a factor that’s not currently stated in the methods sections of published papers.

Jeffrey Mogil, senior author on the paper (which, in a missed opportunity, was not titled Of Mice and Men), thinks it’s about time scientists looked closely at the impact their own presence may have on an experiment.

Scientists whisper to each other at conferences that their rodent research subjects appear to be aware of their presence, and that this might affect the results of experiments, but this has never been directly demonstrated until now.

Thankfully, the new findings don’t entirely prohibit male scientists from working with rodents. The longer that mice and rats are in the presence of a man (or his chemosignals) the less stressed they become, so the job of male experimenters will just become more time consuming. Mogli also recommends that “at the very least, published papers should state the gender of the experimenter who performed the behavioral testing.”
Or just have cats perform all the experiments. That should be fine.

(via Phys.org, image via HerPhotographer)