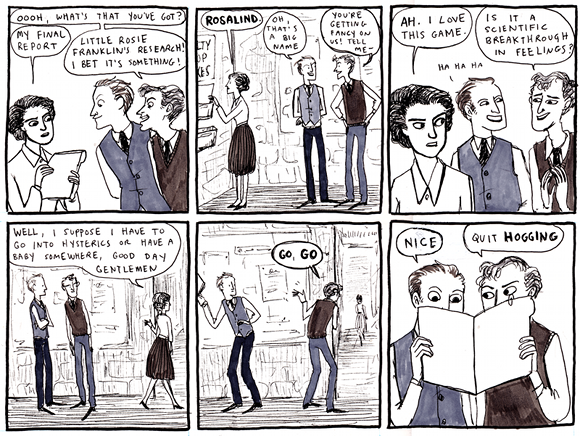 Last month we reported that Royal Society was planning a Wikipedia edit-a-thon in conjunction with Ada Lovelace Day to beef up the pages about female scientists, engineers, and mathematicians unfairly ignored by history. Well on October 19th that edit-a-thon happened, with members of the Royal Society combining their efforts with others working remotely to create or expand approximately 40 Wikipedia entries.

Why is this edit-a-thon so important? In the words of event co-founder Professor Uta Frith:

“It is shameful that when you ask people, including scientists, to name well known female scientists and engineers, they can barely get past Marie Curie. I think this is very much because they are not in our consciousness, or they have not been given high enough profile for their work. Wikipedia is one of the first places that many people go for information, but if it’s not there how will we ever learn about our scientific heroines. This event is a very small but important step towards putting these very special women in the spotlight they deserve.”

Not only does the edit-a-thon help bring female scientists out of obscurity, it also helps bring more female editors to Wikipedia, which has a distinct gender bias both in terms of its contributors and its content.

Says Suw Charman-Anderson, founder of Ada Lovelace Day, “We want people to have the knowledge and confidence to go home tonight and carry on editing, and increase the number of women who are engaging with Wikipedia. If we don’t do it, no one will.”

For a complete record of what the edit-a-thon accomplished, visit their page on (where else?) Wikipedia.

(via: The Guardian, Nature; comic by Kate Beaton)