Today is Ada Lovelace Day 2012, a day dedicated to women in STEM fields, in honor of Ada Lovelace, the first computer programmer. Lovelace’s life, particularly her childhood and the clashes between her parents, would be a fitting origin for any modern Prometheus, and so I love looking at the way cartoonists have depicted it.

Above, of course, the Right Honourable the Countess of Lovelace’s first appearance in Kate Beaton‘s Hark! A Vagrant. It would not be her last. 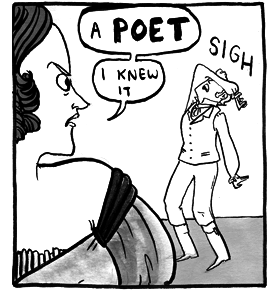 But if you’re looking for something a little less long form (and a little less historically accurate) you might try The Thrilling Adventures of Lovelace and Babbage: 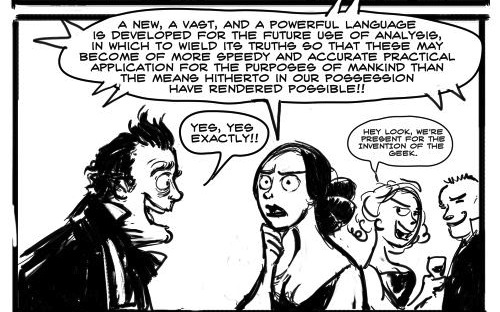 Enjoy the reading material, and make sure to check out Finding Ada.com.