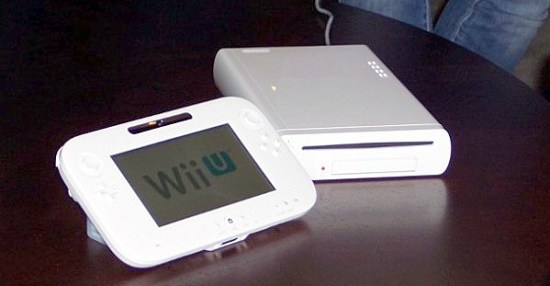 When the Wii U was first announced, most of the press was focused on the tablet-style controller. What people realized after the hype surrounding the controller died down, was that the specs of the actual console — you know, the thing that makes the games run — were a mystery. The only official bite of information we know about the console is that it will be Nintendo’s first HD console, and after playing Uncharted 3 then diving straight into the newest Zelda, Skyward Sword, my eyes can say that Nintendo finally adopting HD will be a welcomed treat. Now, however, “developers who have access to the console” have been leaked the specs, reports Wii U Daily.

According to the rumored leaks, the short of it is the console will be roughly on par with the current-gen PlayStation 3 and Xbox 360, though it will sport double the RAM. The long of it is, the Wii U will sport a quad core 3 GHz PowerPC-based 45 nanometer CPU, which Xbox 360 fans will recognize as similar to their console’s chip. Along with the CPU, the console will sport 768 MB of DRAM that will be “embedded with the CPU,” and shared between the CPU and GPU. However, there are reports that Nintendo is also testing a 1 GB version of the console, which would double the PS3 and Xbox 360’s RAM.

Though graphics aren’t everything, it’ll be nice to see a Nintendo console that is up to par with modern graphical technology. However, if the PlayStation 4 and the next Xbox release shortly after the Wii U, then, once again, a Nintendo console will be behind the visual times, as Sony and Microsoft both make pretty large leaps in horsepower with each new console. The Wii was the first time Nintendo dealt with regularly sized optical media, so they’ve always been behind the hardware times, but hey, it’ll be nice to see what our favorite Nintendo characters look like in HD without a zillion jaggies and the background blurring only a few feet away.

Again, these specs come from “sources” rather than confirmed officials, but they do seem on par with Nintendo’s past generational leaps. We’ll know the confirmed specs soon enough, I’m sure.

(Wii U Daily via GammaSquad)