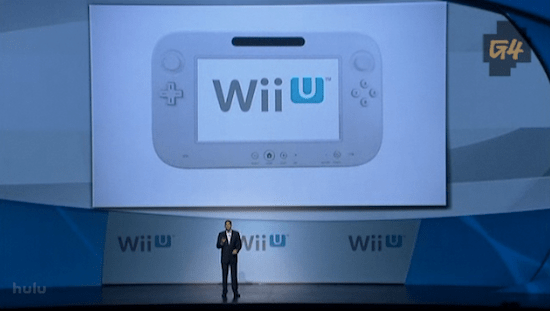 Sony’s and Microsoft’s conferences were basically par for the course, nothing too surprising, franchises we know and love, like or hate, and a surprisingly low price tag for the PSP 2, now known as the PS Vita. Last, we have Nintendo. They’re notoriously awful at E3, leaving us with such amazing memories as using Wii Music as a conference surprise that ultimately fell flat because it was ridiculous. With the news that Nintendo was to show off the Wii’s sucessor, known as Project Cafe, surely, this Nintendo conference wouldn’t be the widely-perceived failure that many of their previous conferences were, right?

Well, with only a handful of games shown and announced, none of which being new first party IPs, an E3 presentation that honestly seemed put together the night before the conference, and their new console and controller combo, dubbed the Wii U, I think we might’ve just witnessed the beginning of the end of Nintendo. It happened once before with the GameCube, but Nintendo had the Nintendo DS and Wii rushing in to save the day. This time around? The Nintendo 3DS only launched a few months ago, so a new handheld can’t really rush in and save the day. If the Wii U fails, a new console can’t come rushing in to save the day like the Wii did, and it seems like this would be it for Nintendo. It is admittedly difficult to predict if a weird concept will succeed or fail, but after that press conference, it seems like Nintendo neither cares about either market of gamers (hardcore or casual), nor has any idea what they’re doing anymore. If Nintendo flounders this generation, we can look back at this conference and pinpoint the exact moment in time their downfall began. 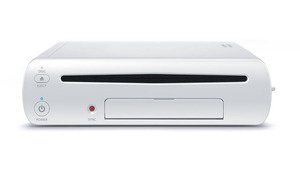 First, the name: Wii U. Like with the Wii before it, a name which Nintendo literally released a Rosetta Stone-style webpage to explain, the Wii U has a weird name. The Wii still means the same: “We,” basically as in “we play together.” The newly added “U” portion of the name uses the same convention: “U” as in “you.” Hey, at least they’re consistent with the naming convention.

We don’t know much about the console as of yet — except that it looks like the offspring of an Xbox 360 that mated with a Wii — but like with the Wii before it, the controller is the main point of interest (or contention).

No, the Wii U isn’t a handheld device. That is the controller. Yes, it looks like a Fisher Price iPad. No, we don’t yet know exactly how expensive the controller will be on its own, not even counting the supposedly next-gen strength hardware. Yes, that is a problem because Nintendo consoles have been party game consoles for a very long time, and most people who own a Nintendo console use it for party game reasons after they consume the latest Zelda and Metroid (and Fire Emblem if you’re me), and what does a game console being used to play with friends require? Multiple controllers. Unless Nintendo is going to take a humongous loss on the hardware and sell the controllers at a cheap price (something Sony knows a little something about, for better or worse), this is going to be an extremely expensive way to play whatever regurgitated versions of Mario Kart, Mario Party and Smash Brothers that release for the system. Before we get to the speculation:

The Specs (from Nintendo’s press packet)

Now that the specs are out of the way, here’s what Nintendo thought was a big huge awesome tech demo:

Didn’t you expect the bird to land on Link’s shoulder or something? Well, instead there were some fish. No, not even a Zora. To be fair, a random site or two are reporting (possibly erroneously) that the above tech demo was partially controllable (nothing new for pre-rendered scenes in this day and age), but was realtime, in-game graphics, which would be impressive — not because other games this generation don’t look like that (some do), but because Nintendo finally made something that does.

What Is The Problem?

People weren’t sure about the Wii, but the hardware sales quickly ascended above the other consoles. Yes, the software has generally been underwhelming throughout the entire Wii generation, but that’s Nintendo for you. I have four games for my Wii, a system I excitedly preordered and bought on launch day. I literally got an awkward-shaped tan on my face because I waited many hours in the Florida sun half under the shadow of an awning just to get my preorder ticket. We know Nintendo hasn’t been the best with regards to actual, compelling software, but the Wii succeeded because it sold hardware. Losing steam with the hardcore gamers that kept them afloat, Nintendo managed to tap a non-gamer market: Parents, grandparents, extremely casual gamers that bought the Wii, played the bundled Wii Sports, and never bought another game again. That market was and still is huge (think mobile gaming). However, with the Wii U, there isn’t a big enough untapped market left to target and obtain like there was with the Wii.

The tablet PC style design of the controller isn’t anything new (think about every tablet you see in every coffee shop, or on any bus or train), and it’s quite late to the tablet PC arena. “But it’s the first one that works in conjunction with a video game console,” you might object. Basically, yes, but there are a few detrimental factors to consider.

There are other important factors: 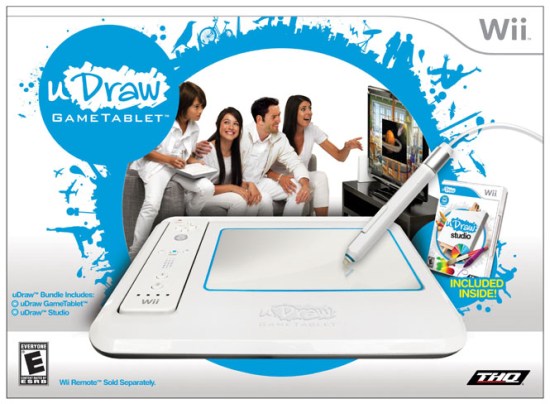 A lot of details regarding the Wii U are still undisclosed. Exactly how much internal memory? Am I going to have to mortgage my home to buy multiple controllers? The 3DS launched with barely any worthwhile games, will the Wii U follow? Will the online functionality be as terrible as the Wii’s? How will playing hardcore games that require twitch reactions and numerous buttons translate to that controller? Um, what’re the actual specs of the console?

Some people aren’t very happy with Nintendo’s lacking E3 conference and their new console. Some places are already impressed with the Wii U, but those places were impressed with the Nintendo 3DS, and do you have one of those? How many people do you know with one?

The Beginning of the End

My friend made a fantastic point after I talked to him directly after the Wii U reveal. He wondered why I was mad at Nintendo, and wondered why I didn’t understand the insanity that had just happened at their seemingly hastily thrown-together conference. He said Nintendo has been doing whatever they want for the past decade, and I should know this by now, so why be surprised? I should’ve expected this sort of thing. I thought about this, he was right after all. I haven’t stopped being disappointed by Nintendo throughout that decade, why was I surprised? Either it says a lot of Nintendo’s storied history and their legendary creative potential, and maybe somewhere deep down I still believe in them and expect good things from them, or actually don’t believe in them anymore, and the sheer level of insanity of their E3 press conference was just so unbelievably insane, that it surprised me even though I was fully expecting to be let down. I think it’s about half and half.

As Kratos said, “In the end, there will be only chaos,” and if this E3 press conference — one that showed a grim lineup of games for the future of the currently floundering 3DS and this ridiculous Wii U business — is the end for Nintendo, I can’t imagine a more chaotic way than bombing their two new systems, showing they’ve simultaneously lost touch with the market of gamers that kept them afloat during their dark times and the new market of gamers they tapped with the Wii that propelled them back atop the market, and basically showing they’ve lost their minds by pinning their future on a system that seemingly taps neither of those two markets. It’s entirely possible the Wii U will be the biggest success in gaming history, who knows, but as of now, coupled with that E3 presentation of what Nintendo gamers get to look forward to (ha), the future looks grim for Nintendo.

UPDATE: Satoru Iwata, president and CEO of Nintendo, actually had to tweet to to clear up the confusion that the Wii U is a console and a controller, rather than just the tablet thing. He even tweeted out a picture showing both in the same room, as if people starting thinking “Man, where does Clark Kent go when Superman shows up?” The picture is actually extremely intriguing, in that the controllers looks to be almost the same length and width of the console: 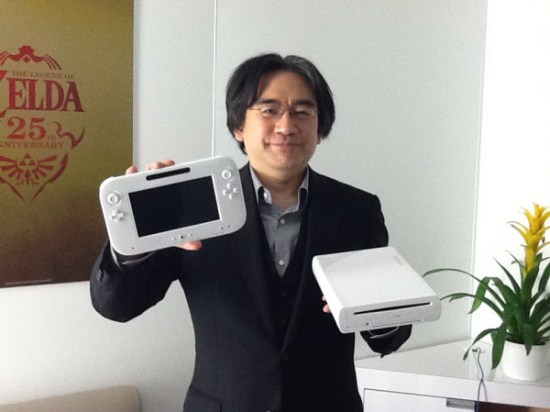