Why you Should Play D&D Next | The Mary Sue 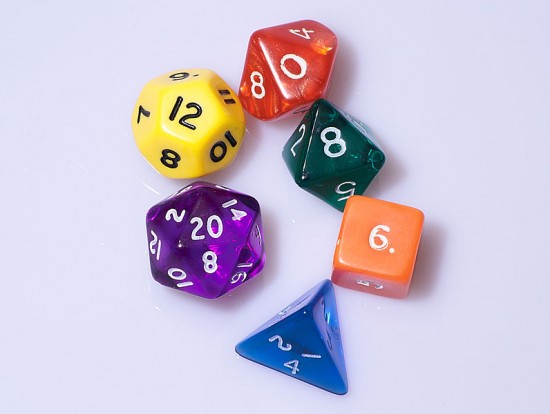 You and your fellow adventurers are standing in a dimly lit dungeon. Through the mist, you see the silhouette of something the likes of which you have never seen. Emerging from the grey dungeon mist, you finally catch sight of it: It’s D&D Next! Roll for initiative.

Anyone who has ever played any sort of game has a little bit of a game designer in them. We have ideas of what we want from the games we play and what we expect the people who make our games to deliver. Wizards of the Coast, in a post to their official website on January 9th of this year, boldly announced the next iteration of Dungeons & Dragons with the tagline, “Your Voice, Your Game.” On May 24, Wizards released the first playtest version of the game to the general public. It’s not a few guys in an office or professional playtesters that will decide what the fifth edition of Dungeons & Dragons will look like; it’s you and me, the fans.

For the unfamiliar, Dungeons & Dragons has been around since it was first released in a boxset by Gary Gygax and Don Kaye in 1974. Since then, we have seen the more focused Advanced D&D, the simplified D&D Basic Set, the new and improved Advanced D&D Second Edition, the 20-sided-die-centered D&D 3rd Edition, the improved Version 3.5, and the most recent Fourth Edition. To put it lightly, many fans were not pleased with what they got in D&D 4th Edition. To put it harshly, the Dungeons & Dragons community had a civil war on its hands. At every game store you went to, you would be asked, “Which edition?” It was a geek-eat-geek world with more than one occasion involving a +2 Long Sword. It was a dark time for fans of D&D and it seemed as though the community would never be the same again.

In his New York Times article, Ethan Gilsdorf, a writer and gamer, said, “True believers have lost faith. Factions squabble. The enemies are not only massed at the gates of the kingdom, but they have also broken through. But there might yet be hope for Dungeons & Dragons…” In the newly released D&D Next playtest, we see this glimmer of hope. We have been given the chance to reunite the two warring factions and end the years-long conflict. To move away from the melodrama, we have been given a unique opportunity as fans and non-fans alike. We have been given the opportunity to make the next D&D ours.

By signing up to be a playtester here (for FREE!), you will be taking part in making D&D Next the game that you want it to be. Whether you remember the day you got First Edition for Hanukkah or you haven’t picked up a twenty-sided die  in your life, you will have some input for Wizards of the Coast’s creative process. This is why it is not just your privilege but your duty as a geek to download and playtest D&D Next.

Download the game. Raise your voice. Tell them what you want. Play D&D Next!