Why Joss Whedon Calling Diana Prince “Natasha” Is So Frustrating 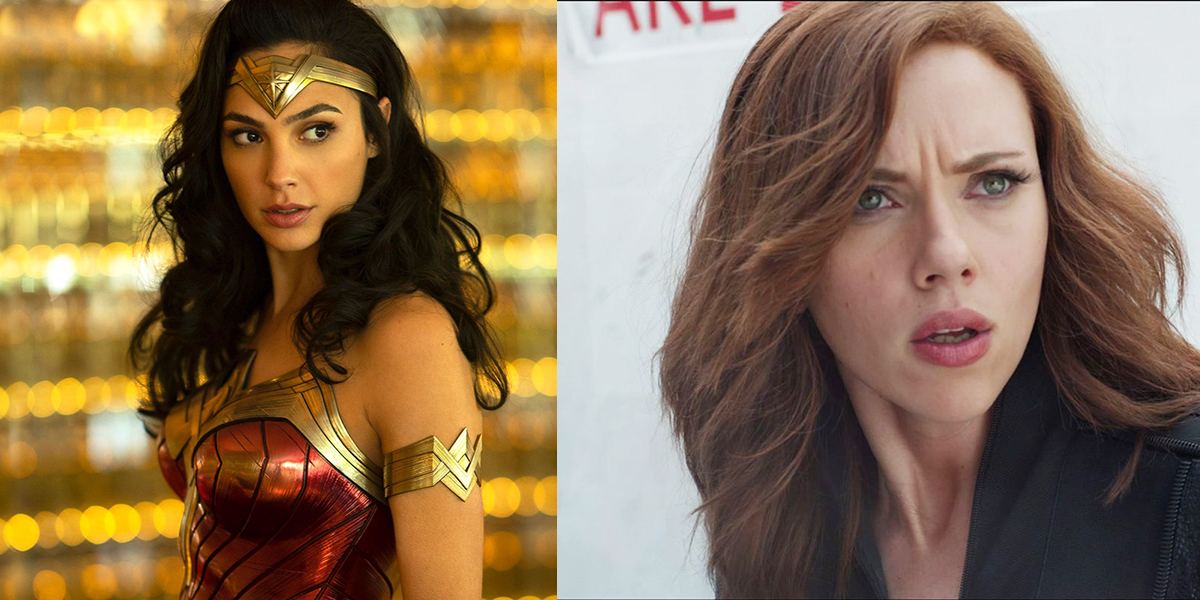 According to Cyborg actor Ray Fisher, director Joss Whedon continually called Diana Prince “Natasha” while they were talking about Justice League. Whedon kept mistaking the two as if they were interchangeable and here’s the likely reason why: They’re both women on a team of primarily male superheroes.

“You can see it in some of the scenes that were produced. Flash falling on Wonder Woman’s [chest] is something that he yanked out of Age of Ultron and just copy-pasted here. In my first conversation creatively with him, he kept accidentally calling Diana ‘Natasha,’ which is crazy stuff.  This was in the conversation that they made me have with him before giving me the script. There was a lot of belittling on set. There was a lot of mocking, both of previous work and actors and people.”

There are many characters that have similar storylines or powers in Marvel, DC, and other comic universes. There are sometimes overlaps of names and convoluted histories. So confusing characters who have similar storylines, abilities, or origins might not be that outrageous. I know that I’ve done it and I know that others have as well. My dad called the Flash “Spider-Man” multiple times because of his youth and quips. This is a thing that happens and can be understandable.

But when you look at two characters like Natasha Romanoff and Diana Prince and hear that the man in charge of writing and directing both of them seems to think they’re similar or even interchangeable is beyond frustrating. Somehow I doubt that Joss Whedon was walking around confusing Henry Cavill and Mark Ruffalo’s characters because they are both dark-haired men who play superheroes.

First, let’s take a look at the two characters here, Wonder Woman and Black Widow, and the huge differences between them.

Diana Prince was both crafted out of clay and the daughter of Hippolyta, Queen of the Amazons, and Zeus. She has multiple origin stories throughout comics and onscreen portrayals, but she is still, at the end of the day, a half-God and half-Amazon from a mystical island. Her powers include flying, superhuman strength, agility, and she also doesn’t age as humans typically do. Between the Lasso of Hestia and her gauntlets, Diana has superhuman abilities that make her one of the strongest members of the Justice League.

To put the comparison as bluntly as possible, Natasha Romanoff is a human. She’s a Black Widow, an orphan who trained in the brutal Red Room to become a master assassin and one of the world’s most accomplished spies. In the Avengers universe, she is often paired up with Hawkeye because, again, they’re both human and unarmored, and they recognize their danger in the midst of their superpowered counterparts. In the MCU, they both also worked for S.H.I.E.L.D., and had a close friendship after Clint recruited Natasha to the organization.

The strongest Avenger is a woman, Wanda Maximoff, so it’s not like Natasha being “just” a multi-talented perfectly mortal assassin is a bad thing—the Avengers are structured differently than the Justice League. But as we can see, it’s actually quite difficult to imagine two female superhero characters with a greater disparity of personal history and skillsets than Diana and Natasha. And Joss Whedon wrote the scripts for Avengers and Age of Ultron, which feature quite a bit of Natasha, even if they produced some of the most frustrating moments involving her. (Remember Loki calling Natasha a “mewling quim” and her controversial discussion with Bruce Banner about her sterilization?)

So the idea that Whedon, who was also in charge of cutting Justice League, writing and adding new scenes, and generally reworking things for that film, confused Diana and Natasha multiple times while in a meeting with Ray Fisher? Absolutely infuriating. And who knows how often he may have done this elsewhere? It’s not as though Whedon wasn’t familiar with the character of Diana Prince, either—lest we forget his terrible, horrible, no-good, very bad leaked script for a Wonder Woman movie that was thankfully never made.

Beyond the Natasha/Diana issue, Fisher also brought up the fact that Whedon said that he doesn’t take “notes” from anyone and that includes Robert Downey Jr. which, frankly, if I was Joss Whedon and couldn’t keep track of the difference between two fictionalized women, I’d start to take notes. Fisher said:

This incident is yet another example as to why Whedon is very far from the “feminist” icon that he poorly pretended to be since the 90s. If he can’t take a note from Robert Downey Jr., I don’t want to imagine what it was like to be a female actress in one of these movies with a “note” to offer. But we can more than guess. Actress Charisma Carpenter and many others have since come forward in support of Fisher to discuss Whedon’s allegedly “casually cruel” behavior and the allegedly “hostile and toxic” work environments that he fostered over the years. It’s frustrating, and infuriating, that the story of mixing up Natasha and Diana seems instantly on-brand for what we now know of Whedon.