Why Feminist Criticism Is Necessary for Video Games | The Mary Sue 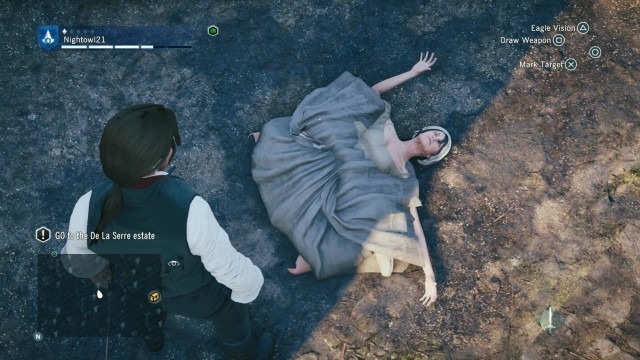 All kinds of art, both “high” and “low,” get treated to social and political criticism. Professors analyze how America is presented by in the classical music of Aaron Copland and in the comic books of Alan Moore, and they argue about the role of torture in Nineteen Eighty-Four and in 24. Often, they are influenced by one or more major schools of thought, such as Marxism, postructuralism, or one of the many branches of feminism.

I was therefore thrilled when I discovered feminist interpretations of video games. As someone who is both a historian of English literature and an avid video game player, I always enjoyed thinking about the representation of women in the games that I played. However, until relatively recently, academics discussing video games were few and far between, or at least did not seem to be making much of a splash. Academia, and society at large, just did not see video games as art, but we gamers knew better. The art design and music in the best video games rivaled that in movies, and if the average video game was more likely to have a hackneyed plot-line than the average TV show, then at least the stories in games become engaging through interactivity. So when I began to see more and more feminist treatments of video games in and out of academia, I knew that games would be treated seriously as capital-A art.

But my excitement quickly turned to disappointment. Though many of my fellow gamers welcomed feminism’s newly vigorous interest in video games, a vocal number saw feminist critics as outsiders attacking “their” hobby. Last year, some of them rallied under the now-infamous banner of “GamerGate,” but the misogynist attitudes in the gaming community have existed for much longer than that. At any rate, they subjected these feminists (and female game developers) to harassment campaigns and even death threats. Anita Sarkeesian, a feminist YouTuber, is only the most famous of the many talented critics who were harassed.

What I find especially bizarre about anti-feminist gamers is that they are harming the case that video games are art. In fighting feminist criticism, they were also trying to stop gaming reaching an important milestone. Other art forms had their feminists, so why not video games? The anti-feminist gamers wanted their hobby to be treated as an art form, but were not willing to allow the scrutiny that came with that distinction.

The anti-feminist outburst can be partially explained (but not excused) by how society saw video games and their players two decades ago. For a long time, a debate raged over whether video games caused violence, and in particular, whether they inspired mass shootings like the one at Columbine High School. Scholarship has not been able to prove that video games have such sway, but those who insist that they do often do so in the same breath as calling for restricting access to video games. Gamers have long been wary of this point of view, and when feminist criticism of video games emerged, they reacted as if it was a call to censor video games on account of them “causing” misogyny.

But this misunderstands the point of art criticism. When critics interpret a work of art, they seek to explain more than just what the work means; they also want to want to know about the society that created the work. Cause and effect is murky here. Did the poetry of the Romantic period contribute to the spread of democratic ideas and to the backlash against the Industrial Revolution, or was it the other way around? The answer is almost certainly a little bit of both. Because of this close connection, studying Romantic poetry is a valuable exercise in understanding the late eighteenth and early nineteenth century, but not even the most wide-eyed Keats enthusiasts would say that he “caused” the revolutions of 1830. Likewise, feminist criticism of video games, as I understand it, does not aim to show that mass shootings are caused by Halo, Call of Duty, and other first-person shooter game franchises. It aims to explain why the age of mass shootings is also the age of first-person shooters.

Some may not think this is an important question that society needs to answer, but if gamers want our pastime to be taken seriously, then we have to accept that this question is going to be asked. Feminist critics do not want to destroy our hobby; they want to elevate it, and playing video games will be a richer and more fun experience because of it.

Matthew Scribner is a scholar of medieval European literature. He lives in Kingston, Ontario.