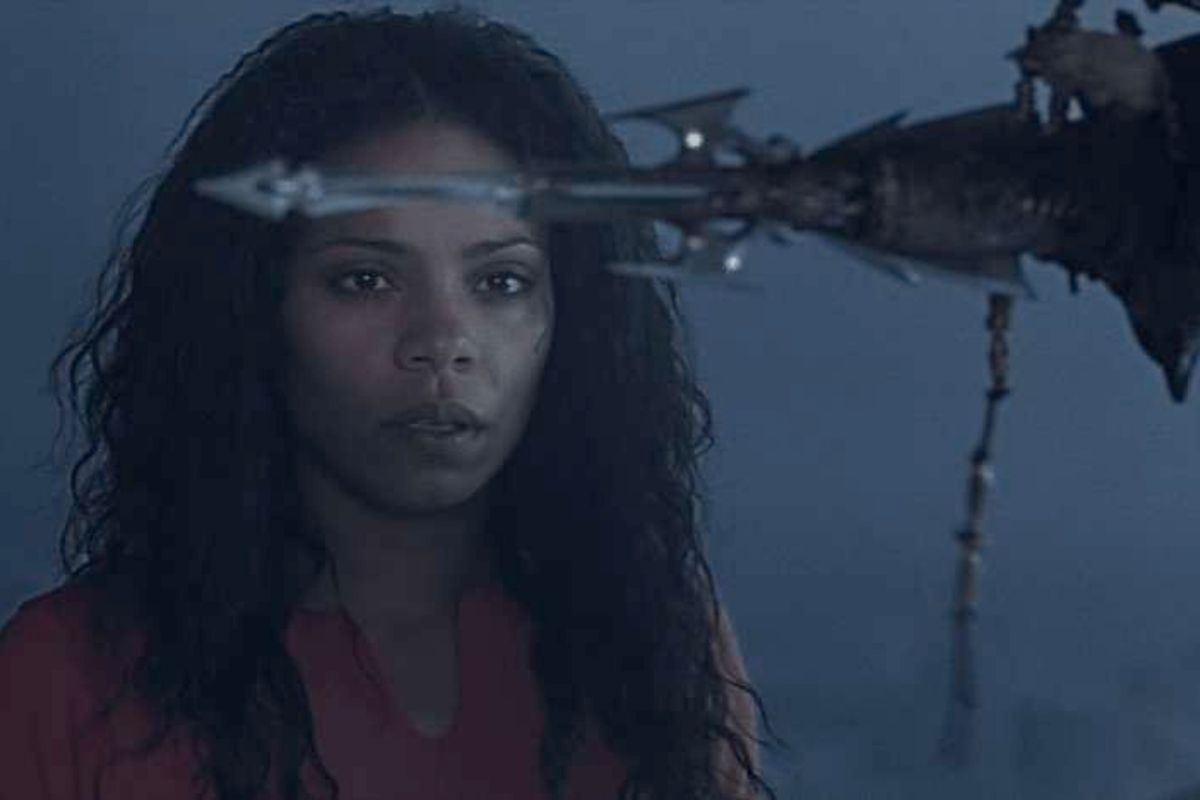 You’re stuck in a horror movie, spooks and horrors around every bend, and who do you choose to have your back? That’s exactly the question posed by @chris_notcapn over on Twitter. Now, the choices they originally suggested were Sarah Connor from Terminator, Black Widow from the MCU, Alice from the Resident Evil franchise, and Ellen Ripley from the Alien franchise—all good choices, if we’re being honest.

With Ripley, you’re almost guaranteed to survive, if you follow her directions to a T. Alice is a skilled fighter that has taken down all sorts of monsters. Sarah Connor fights tooth and nail for those she loves, and you’d be lucky with her having your back. And Black Widow is a highly trained operative who is willing to make the sacrifices needed for the bigger picture.

All of these choices are valid, but they excluded some major badasses.

Have people forgotten that Michonne from The Walking Dead is right there? She’s been smack dab in the middle of a horror show for seasons and has made decision after decision that has kept her family safe and alive. Well … most of her family. Also, wouldn’t you want a badass with a sword to have your back as you’re facing horrors like zombies? I know I would, and then some!

What about Seo Yi-Kyung from the Korean hit Sweet Home? Now that is a woman I want on my side. She’s quick on her feet, has a code that she follows, and is willing to take the risks needed for those she cares about. Also, she’s built like a brick house and I have absolutely no doubt that she’d take on any spooky or horror baddie and win because of the hard work and training she’s put into being a BAMF.

Then there’s Alexa Woods from AVP: Alien vs Predator. Did people forget that she teamed up with a thick Predator and battled Xenomorphs left and right? Because she was a badass who earned her place in the halls of badassery thanks to her quick thinking and honorable way of looking at things, even when she was weighed down by decisions that could change the very course of her life and her Predator buddy.

In a horror movie – Michonne of The Walking Dead fame has proven time and again that if she has your back – you’ll survive. pic.twitter.com/d9aFrd43qC

Okay, hear me out: pic.twitter.com/En1Fwqe5Zy

Would make a case for Furiosa. But probably go Mila from Resident evil, she’s superhuman or Sarah Connor pic.twitter.com/xIcGRSZME0

This bitch got dragons, a horde of Dothraki and an army of unsullied – as long as you can keep her sane. I’d feel pretty safe with dragons! pic.twitter.com/xsuCKKzrXX

I want Lorraine to have my back pic.twitter.com/JLNiT6LRBh

Which female hero would have your back in a horror movie?