Danai Gurira Is Set to Leave The Walking Dead, and Good for Her

She's hanging up her katana. 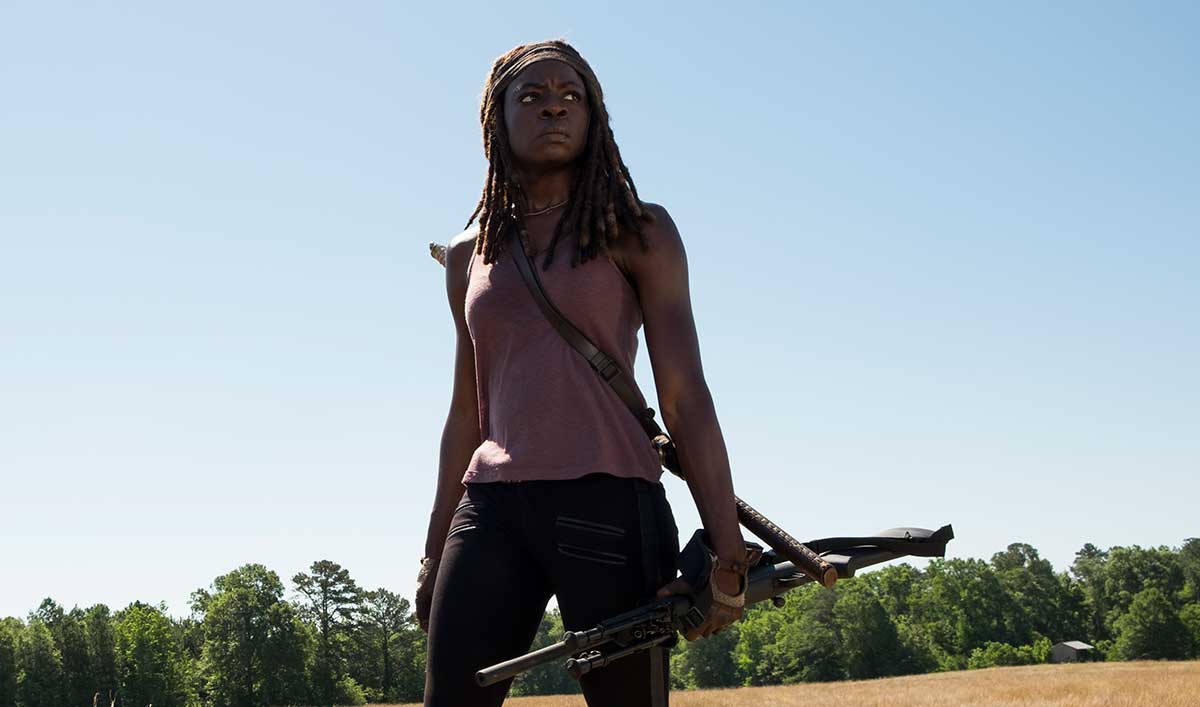 First Rick, now Michonne. Danai Gurira is now set to leave AMC’s The Walking Dead next season, with the potential of appearing in at least one of the Rick Grimes spinoff movies that will air on AMC. Gurira, who is a Tony-nominated playwright as well as an MCU superstar, has been on the show for six seasons. Her character has been key to the series since her appearance, and is still going strong in the comic books, which means this is a major departure for the show.

The show has always played fast and loose with canon, but this will mark the third major protagonist who’s still around in the comics but has left the show itself. First was Carl, played by Chandler Riggs, who was killed off in season eight. Then, Andrew Lincoln’s Rick left in the first half of this season, despite being the primary protagonist; Lauren Cohan’s Maggie was written out in the same episode.

Gurira’s career is probably the strongest out of most of TWD‘s alums and current stars. She starred as Okoye in Black Panther and Avengers: Infinity War, and I’d be surprised if she didn’t appear in the sequel, Endgame, not to mention the Black Panther sequel. She’ll most likely be a major presence going forward in the MCU.

Her play, Eclipsed, which starred Lupita Nyong’o, was the first on Broadway to feature and all-Black and all-female creative team as well as cast, and earned her a Tony nomination. Another one of her plays, The Convert, just wrapped a London run with Letitia Wright; the play earned her a Whiting award for emerging playwright. Gurira was also named a UN Goodwill Ambassador in December.

Honestly, it’s probably for the best that Gurira is leaving TWD. The zombie series has long outstayed its welcome, with the reaction to the tenth season announcement being more along the lines of “great, let’s shamble forward into a new season” rather than excitement. The announcement of a Rick Grimes movie trilogy, and the potential for other movies in the universe, wasn’t necessarily seen as something exciting, but rather, as an attempt to capitalize on a series that’s gone stale.

With no end in sight and other stars Norman Reedus (Daryl) and Melissa McBride (Carol) signing contracts that will allow them to spinoff into the wider Walking Dead ‘verse, Gurira getting out now just makes sense. She is so much bigger than the show itself and deserves to move on to projects that allow her talents to really shine through, both as a writer and an actress. With the Marvel Universe at her feet thanks to her scene-stealing character, Gurira’s star is truly on the rise.

She will outlast the series, and I’m glad to see that she’s getting the chance to break out of this role and explore more options. I cannot wait to see what she does next, and bet that she will win a Tony, or maybe an Oscar, one day.