Prepare to fall in love and not regret it. 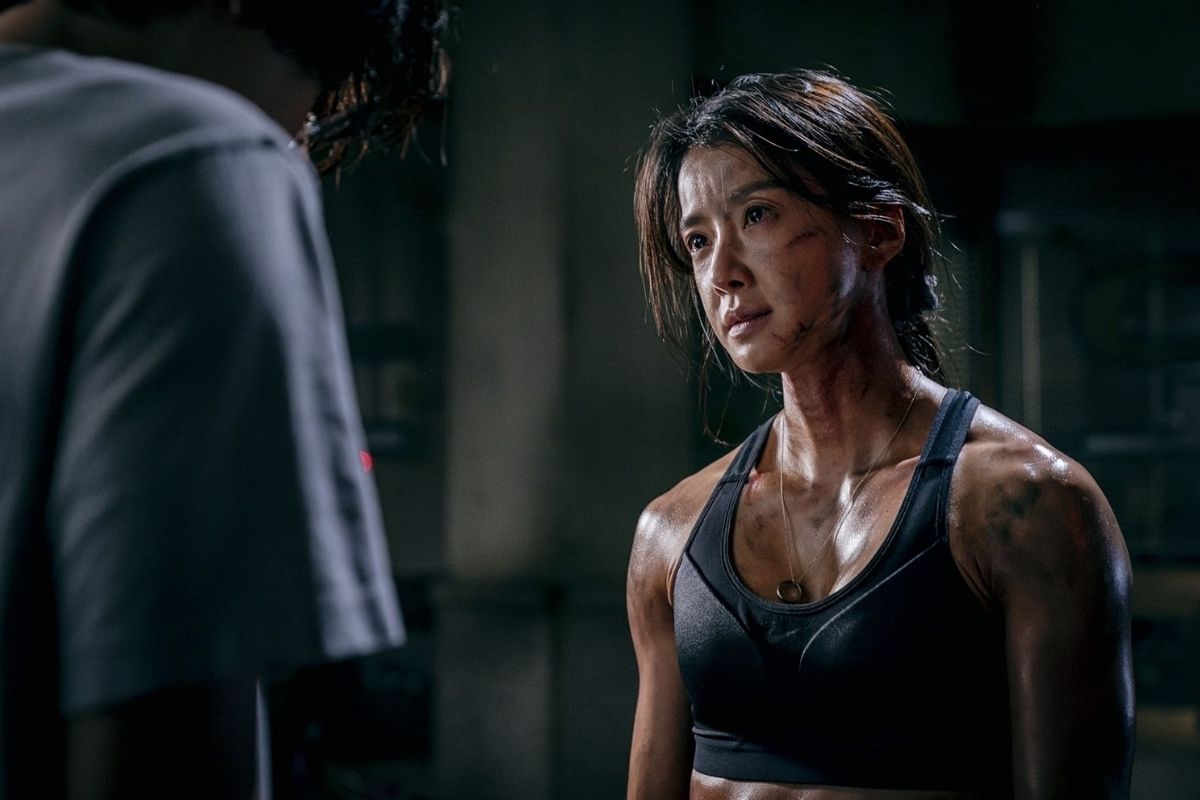 As someone who has never watched a K-drama in her life until Sweet Home on Netflix, I can say without hesitation that I would now die for Lee Si-young and her abs. Correction: I would die for Lee Si-young’s abs, her sculpted arms, and her lower back muscles in a heartbeat and with no hesitation at all. On a day like today, in a week like this week, I’m turning to Lee Si-Young for distraction and invite you to take this journey with me.

Sweet Home, based on a webtoon by Carnby Kim and Youngchan Hwang, is a Netflix original horror drama starring Lee Si-young and a wide cast of intriguing characters. Lee Si-young plays Seo Yi-Kyung, a firefighter and former special forces officer. And even though she’s not the main character … you can’t keep your eyes off of her.

Part of this is due to the strength she’s evincing throughout; her gloriously sculpted muscles that look like they were gifted from the Gods and every holy power on this planet. To get to this place, the 38-year-old Lee Si-young began preparing for the action-heavy scenes she did in Sweet Home about six months before filming even started. Her previous career as a championship-winning boxer probably made it easier. But she trained for months for the challenging sequences in Sweet Home and for our crying delight. We can only applaud in stunned admiration.

Don’t believe us? Just watch this:

See what I mean? The level of dedication that Lee Si-young evinced and the sheer brawn on display is inspiring. Am I going to get up and get as ripped as she is? Absolutely not. I don’t have the willpower and I love to eat junk food. I can freely admit that. But her preparation for the role has given me a new appreciation for women that work hard to build strength for roles like the one in Sweet Home. We so often hear male actors preparing for action and superhero roles talk about their training regimens, and see many feature articles on their developed musculature, but it’s far more rare to see a woman in the strapping firefighter who could throw us over her shoulder role.

Besides the muscles, which we can’t stop thinking about and won’t stop thinking about, Lee Si-Young’s character Seo Yi-Kyung is wonderfully compelling. She’s a loner who wants answers to what has happened to the world in Sweet Home and why everyone has turned into monsters. But that doesn’t stop her from helping those around her and doing what is right by those trapped with her.

Seo Yi-Kyung values life, integrity, and isn’t here for anyone’s bullshit excuses. She’s also gentle, compassionate, and looks out for others. Combine it with her firefighter’s form and you’ve got an utterly complex character who is stunning to look at who also captivates you with her struggles and performance.