Who Was the First Fictional Character You Fell in Love With? | The Mary Sue

Who Was the First Fictional Character You Fell in Love With? 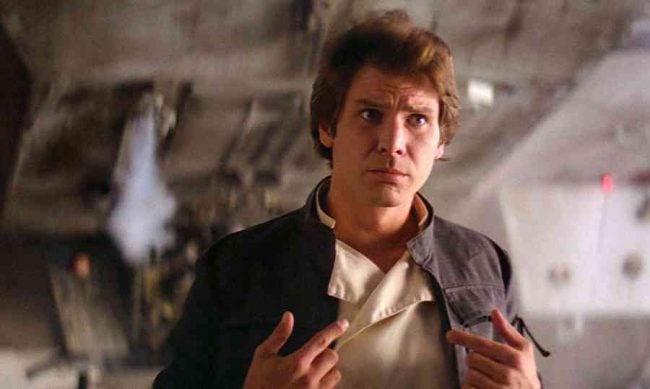 When the special re-released editions of the original Star Wars hit the theaters in my early adolescence, I experienced what amounted to a religious conversion: watching the movies over and over, obsessively reading the extended universe books, writing fanfiction, posting in Internet forums, pouring over fan magazines. And while I couldn’t get enough Star Wars in my life in general, I had an additional motivation: I was helplessly in love with Han Solo.

Harrison Ford is pretty easy on the eyes. This certainly contributed to my affliction. But it was Han’s characterization that would cement a lifelong interest in rogues with a heart of gold. I still remember my total relief when the Millenium Falcon returned to help save Luke at the end of A New Hope. “Yes,” I whispered. “I knew it!” But the truth is that I hadn’t predicted Han’s turnabout. It was that moment that taught me people aren’t always what they present themselves to be, and always have the capacity to surprise.

Despite all those protestations to the contrary and swaggering statements that he was only in the game for his own gain, when it mattered, Han Solo couldn’t let his friends down. He couldn’t let the bad guys win. I adored him beyond measure. And when his role was expanded to be the romantic interest for Princess Leia in The Empire Strikes Back (still my favorite movie), I don’t think I’ve ever been more captivated than the famous Leia/Han emotional exchange before he’s frozen in carbonite. I still get shivers. I know I’m not the only one. Just take a look through the vast “I love you/I know” trove of art and products available on Etsy: 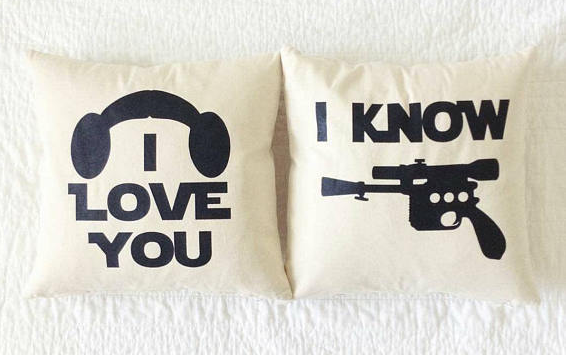 I loved that Han Solo was bold and blustering but, when that swagger was stripped away, at heart he would do anything for those he cared about. Han Solo exemplified what would become my favorite personality type to explore in fiction: a sort of chaotic neutral that veers towards good when truly tested. Of course, as an adult, I can fully acknowledge that there are problematic elements in Han’s behavior, especially towards Leia. But just because I can successfully deconstruct his shortcomings now doesn’t detract from the way I felt about him when I was 13. And back then, I was head over heels.

An errant picture of Han Solo going by in my social media feed sparked this line of thought—because I doubt there will ever be a time where I see him and feel absolutely nothing. And it made me wonder: who was the first character you ever crushed on, and do you remember what it was about them that drew you in?